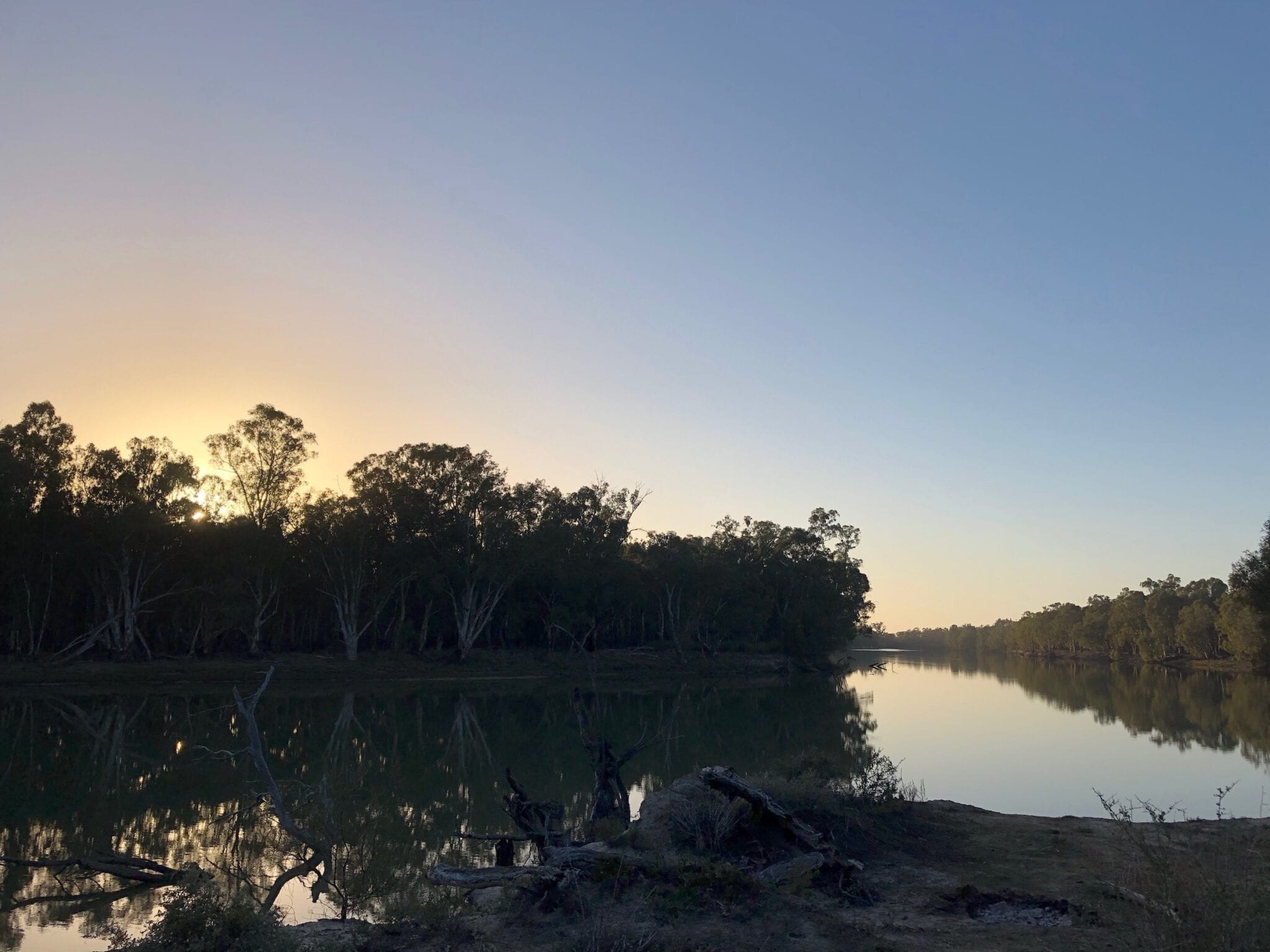 Imagine a campsite on the banks of the Murray River. No one around, campfire burning quietly. You recline in your camping chair and watch the birdlife along the river.

Normally you’d have to drive a long way to find such a perfect spot. However, Murray Sunset National Park offers isolated camping, easily accessible from Mildura and Renmark.

Just one thing to keep in mind. If there’s any rain around, don’t go into the park. There’s a lot of black soil flood plains, so you could be caught for a while if it rains.

Murray Sunset National Park is the largest national park in Victoria, at about 670,000 hectares. The main park of the park covers an extensive mallee area to the south of the Murray River.

However, a finger of this national park extends along a stretch of the Murray River, from the SA/Vic border almost through to Mildura.

This was the part we explored.

There’s plenty of places to camp in here. The best way to choose is to call into either the Renmark or Mildura Visitors Information Centres. They will point you in the right direction.

We followed the Old Mail Road eastwards from Renmark.

Tracks leading to camp spots are signposted along the Old Mail Road. And there’s dozens of them! The lady at Renmark Visitor Info Centre had given us a list of her favourites. So we ducked in and out, looking for the “perfect” campsite.

Actually finding the Murray River can be a challenge at times.

This is flat country, full of channels and creeks. And with the river snaking and winding every which way, you can easily become dis-orientated.

A GPS with off-road maps will be invaluable. Even then, many of the tracks weren’t on our GPS. Or you can just follow your nose. Either way, you’ll find a camp site.

We found a few brilliant places. However someone else had beaten us to them. We were determined to have a spot to ourselves.

Eventually we found a campsite, a little way upstream of Lock 7 on a sweeping bend in the river. It was perfect! Huge red river gums, lots of birds and the occasional roo.

Scars From The Past

Walking along the riverbank, we came upon a stand of red river gums that looked odd. On closer inspection, they were actually very old tree stumps almost fully covered in regrowth and were now large trees again. Hence their odd appearance.

We’re guessing they were cut down to feed the insatiable appetites of the paddle-steamers. We were just upstream of a lock and on flat ground, easily accessible from the river.

The heavily-promoted romance of the paddle-steamer days glosses over the damage they did to the Murray-Darling River system.

Riverbanks were clear-felled for wood to feed the steam boilers. This caused instability of banks, siltation and the accompanying issues. And the locks changed the water tables forever, causing massive salinity problems in many areas.

Driving back out to the Old Mail Road was lots of fun. We zigged and zagged around trees and water channels.

The Old Mail Road passes through both timbered country, black soil flood plains and bare red soil plains. The trip is full of variety and plenty of fun.

Eventually the Old Mail Road spits you out just south of Merbein, between Wentworth and Mildura. You’re back on the blacktop from here.

Murray Sunset National Park is easily accessible from Mildura and Renmark. It’s a stone’s throw from civilisation. yet once in there, you feel like you a million miles away.

An excellent park to relax and enjoy nature.