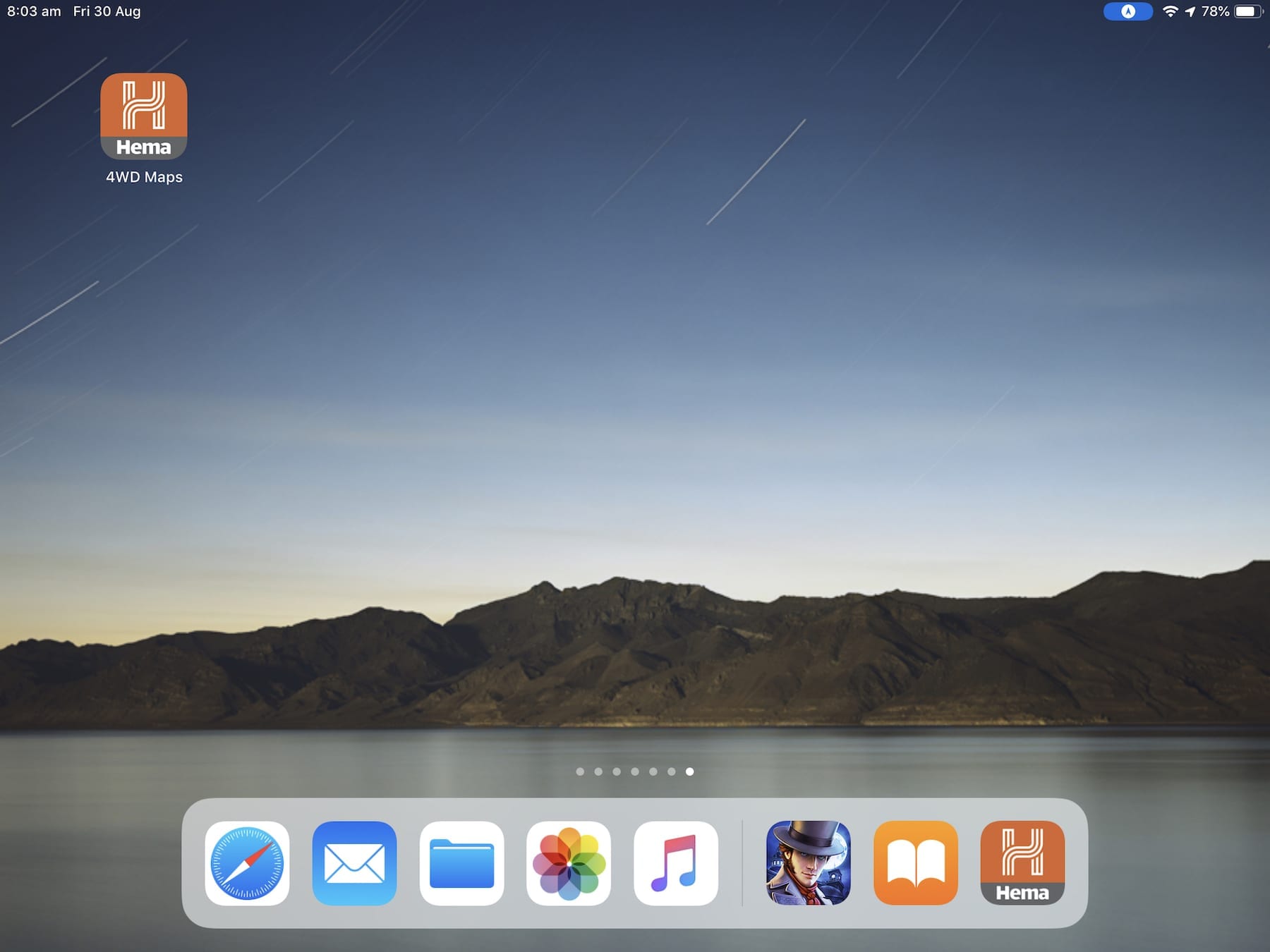 Hema Maps have long been a dominant force in the Australian off-road map market. Like many outback travellers, we started with their paper maps. Then we graduated to an all-in-one navigator and now, the Hema 4WD Maps app on an iPad.

In fact, we’ve been using the iPad app for several years now. And it’s always the first thing we pack when heading off! We’ve come to rely on this app to guide us all over Australia.

But before we go on, a few general comments.

A Change In Direction

Hema has led the way in mapping for many years now. Their maps are fantastic, and their paper maps still are. Lately there’s been some confusion about Hema’s various mapping apps… their names, which app does what and so on.

A vector map is a digital map, designed for digital platforms. Google Maps is an example of vector mapping.

Love them or hate them, vector maps are the way of the future. Quite simply, they work better on a digital platform.

Running raster maps on a digital device is a bit like shoe-horning a V8 into a Mini. You can make it work, but it’s not pretty! So quite logically, Hema are focussing on vector maps.

What’s annoying though, is Hema are progressively taking away maps from this app, including the extremely useful State Maps. Even the National Parks maps don’t have the detail they had previously.

We understand some of these maps are way out of date. But personally, we’d rather have outdated maps than nothing at all.

And vector maps aren’t great for off-road driving. The problem is, as you zoom in and out, the amount of displayed information changes. For example, topo lines and minor roads disappear as you zoom out.

So you zoom out to see where to go, only to find the track you’re on has vanished from the screen.

This doesn’t happen with raster maps.

Having said this, I do know for a fact that Hema are working hard to find the best compromise between file size, responsiveness, zoom level and the amount of detail on the vector maps.

For now, we’re content to continue using raster maps. But we also know that they’re going the way of the dinosaurs, so we’re gradually adapting to using vector maps… despite their shortcomings.

Despite all this, the Hema 4WD Maps app is still an excellent app.

So let’s have at some of the features of Hema’s 4WD Maps app for iPad.

In the video below, Peta runs through the features she uses every day when we’re travelling.

First up, she explain the basics of how to use the Hema 4WD app. Things like:

The best way to understand the Hema 4WD Maps app is to think of how paper maps are arranged. First you might look at a map of Australia, then decide you want to drill down into a region.

The app works the same way. As you zoom in, Hema offer all the maps covering that region.

Moving on. Next, Peta explains where to find useful information like:

She goes through the steps of:

With your driving instructions out of the way, it’s time to move onto the fun part… using the maps!

Used in combination, the various types of maps give you loads of detailed information regarding the location you’re in.

And this is what we like most about Hema Maps, whether on paper or on the 4WD Maps app. Things like explorer’s routes and so on. You won’t get that on a vector map… are you listening, Hema?

Peta shows you how to access the various maps and what each type of map can tell you about the location you’re in. She explains the finer points of:

So sit back and discover what the Hema 4WD Maps app for iPad can reveal, as you travel Oz.

There’s a bunch of maps which seem to be randomly scattered through the different categories, depending on your current location. They live under Regional Maps.

These guys generally seem to be one-offs, unique to a particular area. Regardless, it’s worth trawling through them. Sometimes they have useful information. Other times… well, not so much.

Now you might wonder whether a stock-standard iPad is a suitable device for coping with the endless corrugations and rough tracks of the outback.

All I can say is, have a look at this video!

Our iPad sits in a Ram mount. While the Ram mount itself holds the iPad firmly, it can never be expected to soak up all the bumps and bruises being transmitted into the cab.

We’ve had no issues at all with the iPad. It just keeps doing its job, regardless of the punishment it cops.

One last thing, before I forget…

Sometimes when we’re writing an article it’s simply impossible to create an accurate map of where we’ve been. Our journey through Judbarra / Gregory National Park was one example. In these situations, we simply take a screenshot and use it as the map in our article.

Hopefully, Hema will continue to support this app by providing map updates and not removing maps without warning. Raster maps might be old-fashioned, but they’re far better than their flashy vector map cousins.

And keep in mind, even if Hema stopped supporting the 4WD Maps app now, the maps will still be relevant for many years to come.

Despite the frustrations with Hema, we love the Hema 4WD Maps app for the iPad. It’s simple to use and has never let us down. Without it, we would have been lost many times.

And that’s no fun when you’re a long way from help!

One suggestion though. Always carry back-up paper maps when you’re travelling remote. We have a large storage box filled with old maps. You never know when your electronic device might fail. Plus, there’s something about unfolding an old paper map and navigating the old-fashioned way!

You can buy the Hema 4WD Maps app for iPad at the Hema Maps online store. They stock a complete range of their products, including physical maps.

Note: We are an affiliate of Hema Maps. However, we purchased both the iPad and the Hema 4WD Maps app at full retail price. All of our articles and reviews are 100% honest – we tell it how it is.