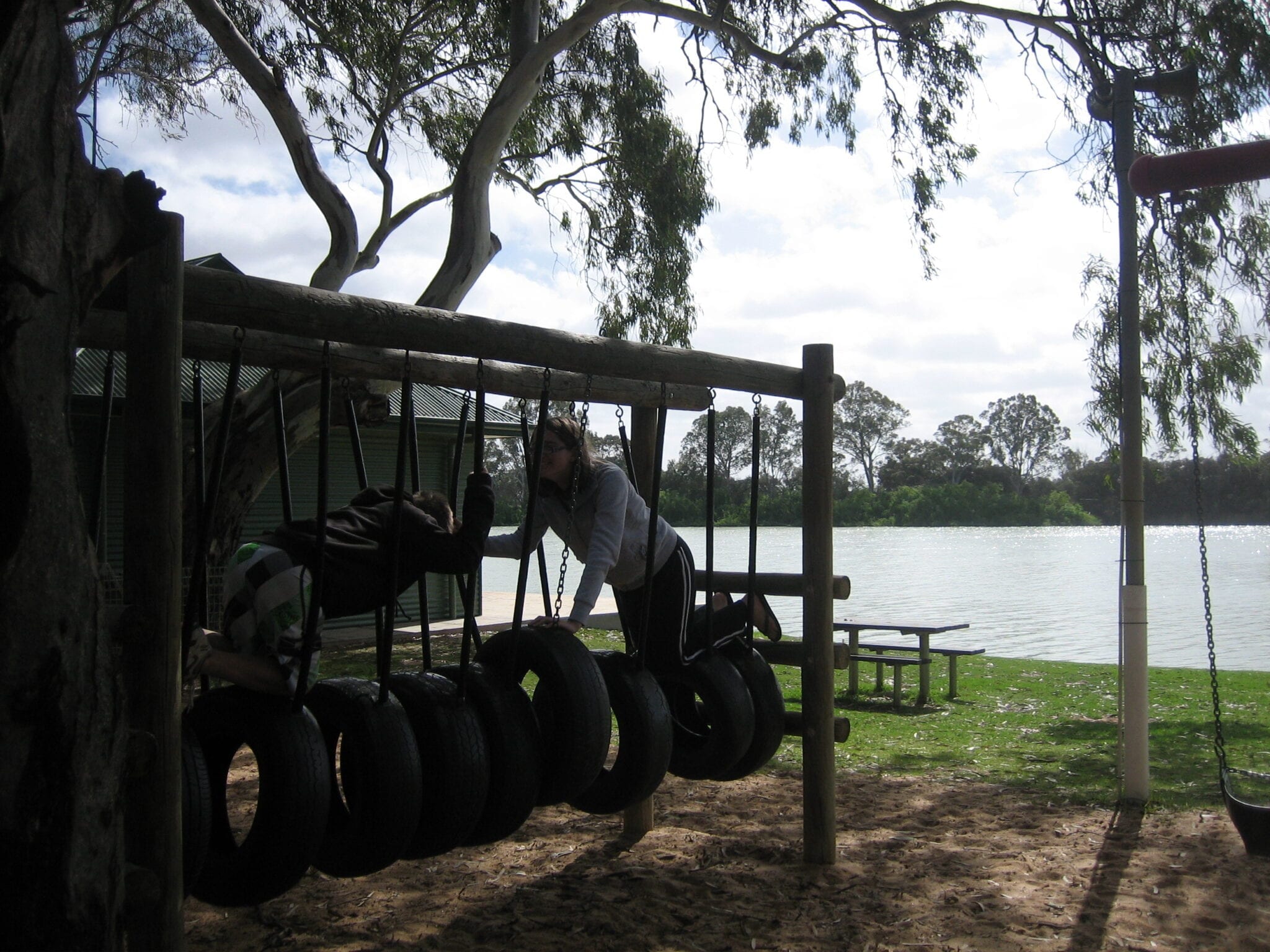 Mungo National Park to Renmark – Three States in One Day!

Note: What follows are our ramblings from the first time we visited Renmark. We’ve been back several times now, it’s a good spot!

Leaving Mungo National Park, we headed towards Mildura. Mildura is nestled on the Murray River, the border of New South Wales and Victoria. It’s a thriving city with wide streets and neat, manicured streetscapes.

En route to Mildura we crossed Lake Arumpo, one of the dry lakes in the ancient Willandra Lakes chain. It was a huge expanse – would have been spectacular when filled with water.

We had breakfast in New South Wales (Mungo National Park), morning tea in Victoria (at a park on the Murray River at Mildura) and lunch in South Australia (a rest stop at the border). The kids were most impressed!

We drove through Renmark to a campsite on Lake Bonney. With bad weather coming, we decided it was too exposed. So we settled for the Big 4 in Renmark instead. Heaven on earth – hot showers, camp kitchen and lots of green grass!

To Charlie, Renmark meant Next G reception, Facebook, MSN and email – connection with their world again! This was tempered by the reality of schooling in the form of distance education. We took over the camp kitchen with a suitcase full of books, computers and a printer. The kids weren’t too sure about their new teacher though. She was old-school and strict!

Renmark was a delightful place. The town centre had a big park along the Murray River and flower beds everywhere. It has a good feel, the people were friendly and the atmosphere relaxed.

The Big 4 caravan park we stayed in was East of the town and was nestled on the banks of the Murray River. It really was a enjoyable stay.