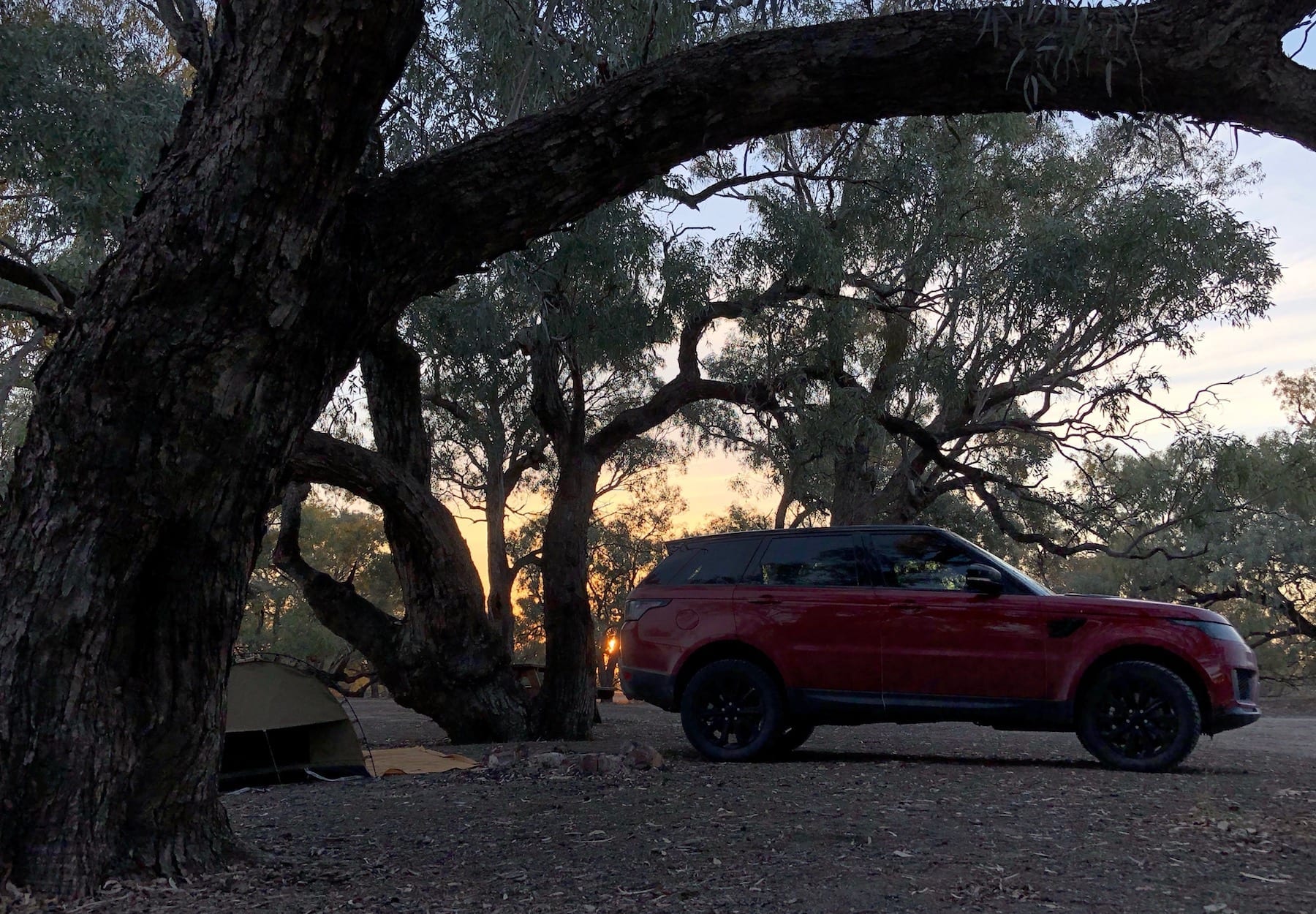 Taking A Range Rover Sport Off The Blacktop. Is It Really Practical?

Peta’s brother Lance is the proud owner of a new Range Rover Sport. He’s also someone who loves “getting out there”. Lance joined us for a couple of weeks and we covered plenty of kilometres, mostly on dirt roads.

So how did Lance’s luxury chariot perform? Short answer, surprisingly well! You just have to make sure it’s set up right before taking it off road…

Those of you who’ve followed us for a while, will know we travel the country in an Isuzu NPS 4×4 truck. We chose this because mechanically and electronically it’s simple, easy to work on and we can get spares and service anywhere in Australia.

A Range Rover Sport is exactly the opposite.

Mechanically complex, an electronics nightmare and there aren’t too many Land Rover dealers in remote areas. In fact, the vehicle is bristling with electronics, all designed to provide a luxury experience in plush surroundings.

So we were curious how it would stand up to some rough treatment.

Now Lance is no fool. He knew a Range Rover Sport wasn’t the best option for outback travel. He lives in inner city Sydney and the Rangie spends 99.9% of its life doing battle with the daily suburban grind. Lance was in a position where he could afford some luxury, so this vehicle made sense.

However, he also wanted something that could take him to remote places occasionally.

Anyway, Land Rover had a solution of sorts. They supplied a set of 5 rims shod with Cooper 285/50R20 all-terrains. While the profile is still only 50%, at least the tread and sidewalls are up to the job.

…vs NOT Getting It Ready

Now before you expire at the thought of having to buy another set of tyres just to go off-road, I’ll tell you a story.

We stopped in Tibooburra and a lady in the shop commented on Lance’s Range Rover Sport.

She said a gentleman had recently passed through Tibooburra in a Rangie. He made it 10km out of town when a tyre blew… standard road tyres no less.

He either didn’t have a spare or the spare was dead as well, because he spent a week stranded in Tibooburra while he waited for a replacement tyre (yes, a 21” tyre) to be shipped from Adelaide!

So when you add up the cost that man would have incurred, suddenly a set of off-road tyres seems quite cheap.

There’s virtually nothing, not in Australia anyway. No bullbars, long range fuel tanks, snorkels, nothing really to speak of.

This wasn’t a big deal though. Lance simply carried a 20 litre jerry can of diesel and filled up wherever he could.

And with drought gripping NSW and QLD, we saw thousands of roos and emus along the roadsides, so a bullbar would have been good.

No… well, we did have one small drama.

The Range Rover Sport passed the test with flying colours. We didn’t go anywhere extreme. But we did drive on some rocky, badly corrugated roads with stacks of deep bulldust and high mounds of rocks and dirt in between the wheel tracks.

We wandered through south-west Queensland and into the Corner Country of New South Wales, then down the Darling River. Oh, and a brief foray into the Flinders Ranges. Don’t ask!

Lance learnt what the various off-road modes did. The Range Rover Sport also has three height settings via a set of air bags. Off road, the highest setting worked well. The car never bottomed out.

We did have one moment of weirdness though…

Lance tried to refuel at Louth. However the Rangie simply refused to let the nozzle into the tank. The filler had a secondary flap which was locked solid.

It turns out the nozzle on the bowser at Louth is smaller than standard. The Rangie has this clever yet ridiculously complex mechanism which prevents you using the wrong size fuel nozzle, obviously to prevent you from accidentally filling it with unleaded.

The problem was, it refused to unlock.

After a few calls to Land Rover service in Sydney, we discovered an adaptor nozzle in the glovebox. A simple 50c spout which looked like a funnel of sorts. This released the filler spout instantly. However, it then took forever to fill the tank, as the bowser kept clicking off.

Even more annoying, we had to use this adaptor when we dumped the jerry can into the tank.

These are the sort of problems that can occur with overly-complex vehicles. Without phone reception, we would never have discovered the adaptor spout… let alone figured out what it was used for. We would probably have pulled the internal panels out to access the filler from inside, disconnected the hose to the tank and filled it that way. Not really a great option every time you want to refill!

The first one is to nurse your tyres. Lance didn’t go over 80km/h on the dirt and kept a good lookout for rocks and sticks. He slowed down at every grid to avoid that horrible sound of two tyres blowing out together!

And he let his tyres down off the blacktop.

Land Rover supplied a recommended set of tyre pressures for on road and off, which we followed closely.

The second one is to be careful of the undercarriage.

The Rangie is now almost exclusively a pampered city pooch, so the bash plates are pretty average. They might protect the undercarriage from a stray Evian spring water bottle lid as you’re gliding through Rose Bay, but that’s about all.

There’s no doubt the Range Rover Sport is dripping with luxury features. It’s a beautifully made car. Whereas we’d tumble out of the truck looking like we’d just ridden a rodeo bull, Lance was as fresh as a daisy at the end of every day.

Is it a practical off-roader?

With the right tyres and some careful driving for a short trip away, yes. As a long-term off-roader, probably not. But that’s not what they’re designed to do now anyway.

Regardless, they’re a beautiful vehicle.

NOTE: We are not affiliated with Land Rover Australia in any way.