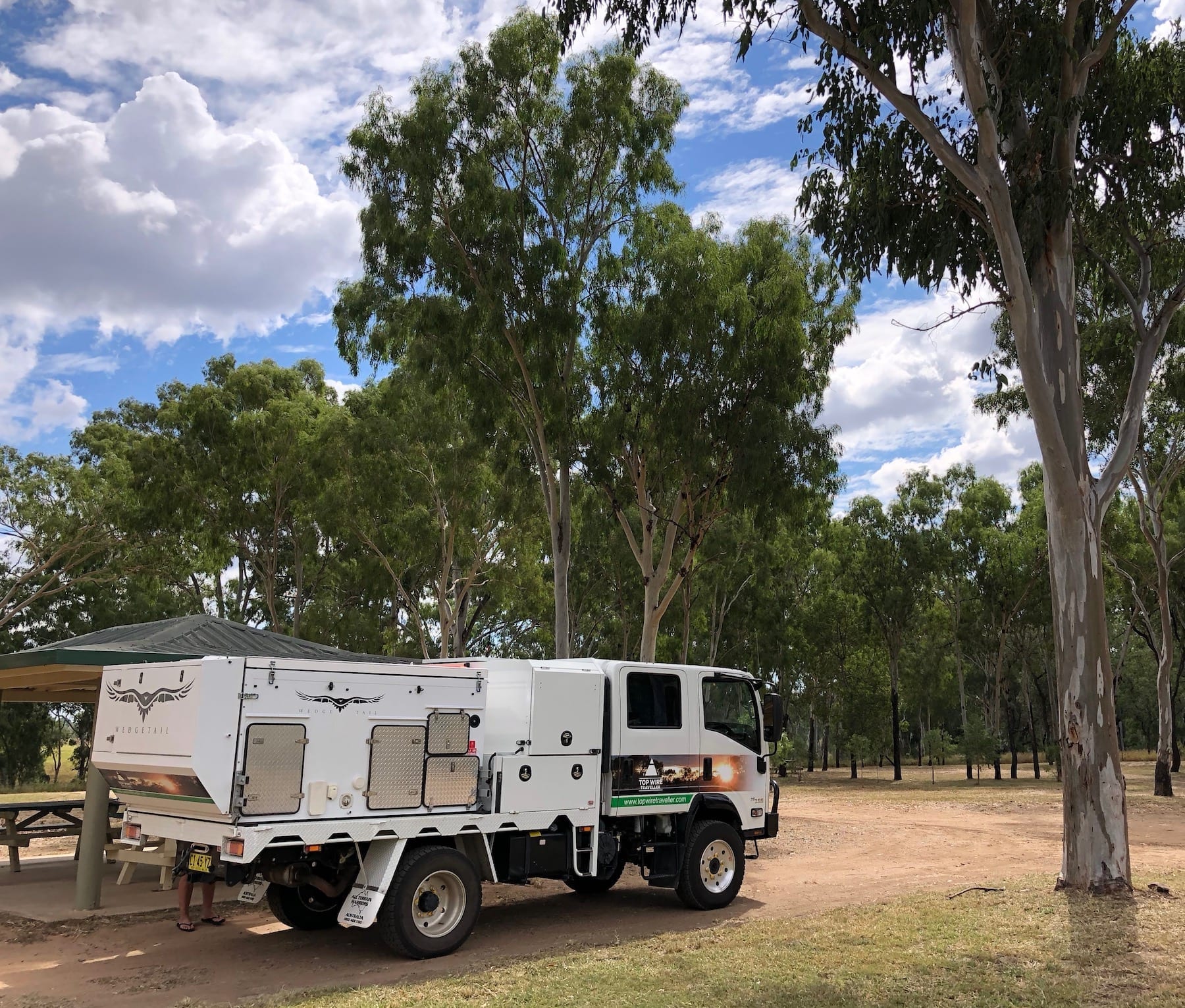 Isuzu NPS Fuel Economy – What Should I Expect?

Many people have asked about our Isuzu NPS fuel consumption. A lot of factors influence fuel economy, so I’ll explain a bit more about our set-up.

The short answer is, we’re getting between 18 and 20 litres/100km. The best we’ve had is 17 litres/100km travelling from Alice Springs to Halls Creek on the Tanami Road. We had a massive tailwind and we never go over 80km/h on dirt roads, so wind resistance was less than normal.

Our worst fuel economy was 25 litres/100km travelling west between Wagga and Wentworth in NSW, including across the Hay Plain.

We drove into a constant gale, at least a 50km/h headwind the whole way. And we were in a hurry, so we had to sit on 100km/h.

You’ll notice we’ve tried to keep everything tucked in behind the cab. Our thinking was if the tray was no wider and no higher than the cab, then wherever the cab fitted, the rest of the truck would too. Handy for tight spots in the bush!

In reality, the tray is just slightly wider than the cab, about 50mm either side. This is because the rear wheels had to be fully covered by the tray. It’s a legal requirement.

However, we’ve managed to keep the highest part of the tray (the headboard) flush with the top of the cab which is good.

So this helps with fuel economy, as we don’t have a huge tray protruding outwards and upwards behind the cab.

A few other things which influence economy:

P.S. For a detailed walk-around of our Isuzu NPS, go here.

Join in… write your own page!

Simply click here to go back to the Questions page and fill out the form!

Comments for: Isuzu NPS Fuel Economy – What Should I Expect?

Add your comments below.

4 thoughts on “Isuzu NPS Fuel Economy – What Should I Expect?”