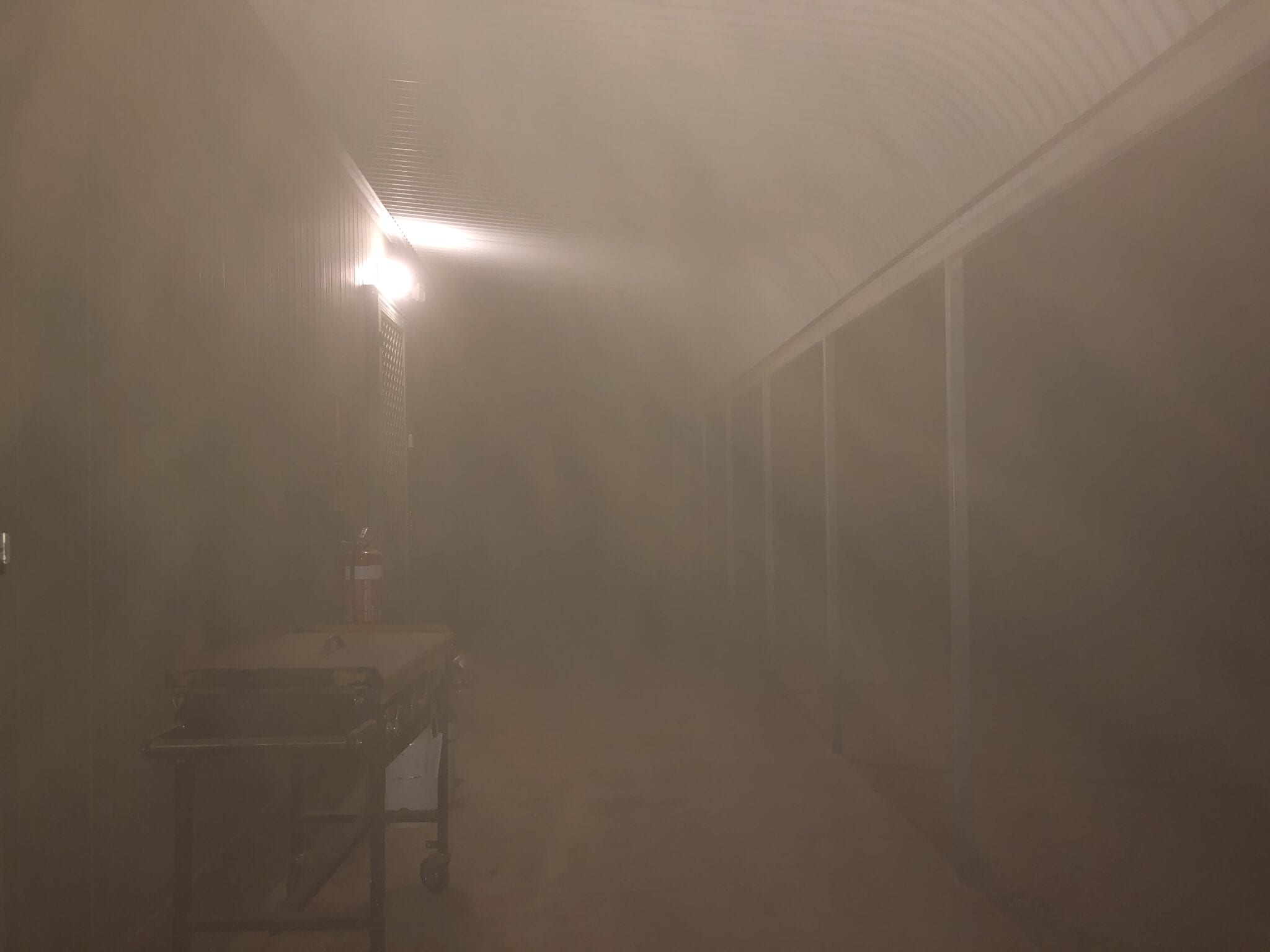 A dust storm is nothing new for us. We’ve been through some massive ones. But the one we experienced while caretaking at Fort Grey Homestead, Corner Country NSW was something else.

Hardly surprising I suppose, since Fort Grey is perched on the eastern side of the Strzelecki Desert.

A hot mass of air had been sitting over central Australia for weeks, blasting tendrils of hot air across the east. Massive fires were burning along the east coast, fanned by this scorching air mass.

The wind picked up and carried millions of tonnes of fine clay, dirt and sand from as far as Alice Springs. By late afternoon, a humungous dust cloud stretched from Alice Springs through western Queensland, northern South Australia and into New South Wales.

Have a look at these extraordinary NASA images of the dust storm.

Strong winds lashed the parched Eyre Basin, pushing more dust south-east. By the time it reached here, the dust was thick and the hot winds were viscous.

But I’m getting ahead of myself…

A Trip to Town

We had to drive into Tibooburra that Friday, as we were running short of supplies. So mid-afternoon we jumped in the ute and headed into Tibooburra. The air conditioner was cranking, but we could still feel the heat blasting through the windows.

Shopping done, we had an early dinner at the Tibooburra Hotel. After a great feed and a yarn with a few locals, we headed back out to Fort Grey at about 6:30pm.

About 20km out of Tibooburra, the sky turned dark. It was a mix of dark clouds coming from the south and quite a thick dust haze to the west. Then we drove into sheets of dust howling across the road, at times reducing visibility down to just a few metres.

The temperature dropped from 45°C down to 35°C in a matter of minutes. In the midst of a particularly nasty patch of dust, the rain started! Or maybe mud’s a better description…

A couple of minutes later, the rain stopped. The temperature was back up to 41°C and the dust continued. This was weird!

We could see walls of dust ahead of us, which continued for another 50km or so.

Strong westerlies and squalls of thick dust chased us all the way back towards Fort Grey. By the time we pulled into the homestead though, all was quiet. The wind wasn’t strong at all. While there was plenty of dust in the atmosphere, it was nothing out of the ordinary.

All that changed at about 9pm. The wind picked up and battered us from the south-east. We could hear the gusts over the hum of the air conditioner.

Then we opened the front door for a look. Bad idea!

The dust blasted in through the front door. All around was a thick, choking fog of dust… we were seriously having trouble seeing the verandah posts only a metre away!

After beating a hasty retreat back inside, the wild wind kept up all night. Strangely it felt like we were in the middle of a wild Antarctic blizzard, what with the howling wind and near zero visibility outside.

What had happened? Well, a strong southerly came through and intercepted the dust. It then dumped this dust over the Corner Country and right through south-west Queensland.

We had copped the full brunt of nature’s force.

We spoke to quite a few locals about this dust storm, who reckoned it was one of the worst they’d seen. They were surprised it had (i) come from the south-east and (ii) come through at night. Apparently those two things just don’t happen out here.

Next morning we had a look around.

As you’d expect, thick films of sand and dust were everywhere. Our hut had a good layer of dust through everything. All the sheds were full of it…. red sand covered every surface.

Even the vehicles parked in the sheds were covered, with windscreens completely blanketed in sand and dust. Water troughs for the chooks, the birdbath… everything was full of sand.

The homestead has a wide verandah all around, enclosed by shadecloth walls. The verandah floors were covered in a thick layer of sand, dust and black grit.

And the dust is like talcum powder, almost impossible to sweep.

Everything on the verandah was swamped… tables, chairs, doormats, everything. Bit by bit, we cleaned it up.

Although it’s a bit like sweeping water. You never quite get it all.

This was just one of many bad dust storms that have ripped through western NSW. It just happened to be worse than most.

The thing is, people out here are living through dust storms month after month with no let-up. They’re simply trying to make a living from this unforgiving landscape.

Every day, the horizon is hazy. Sometimes conditions are right and a large dust storm forms.

Most days though, the constant dust hangs in the air as a relentless reminder of how desperately dry this country is.

If only it would rain.