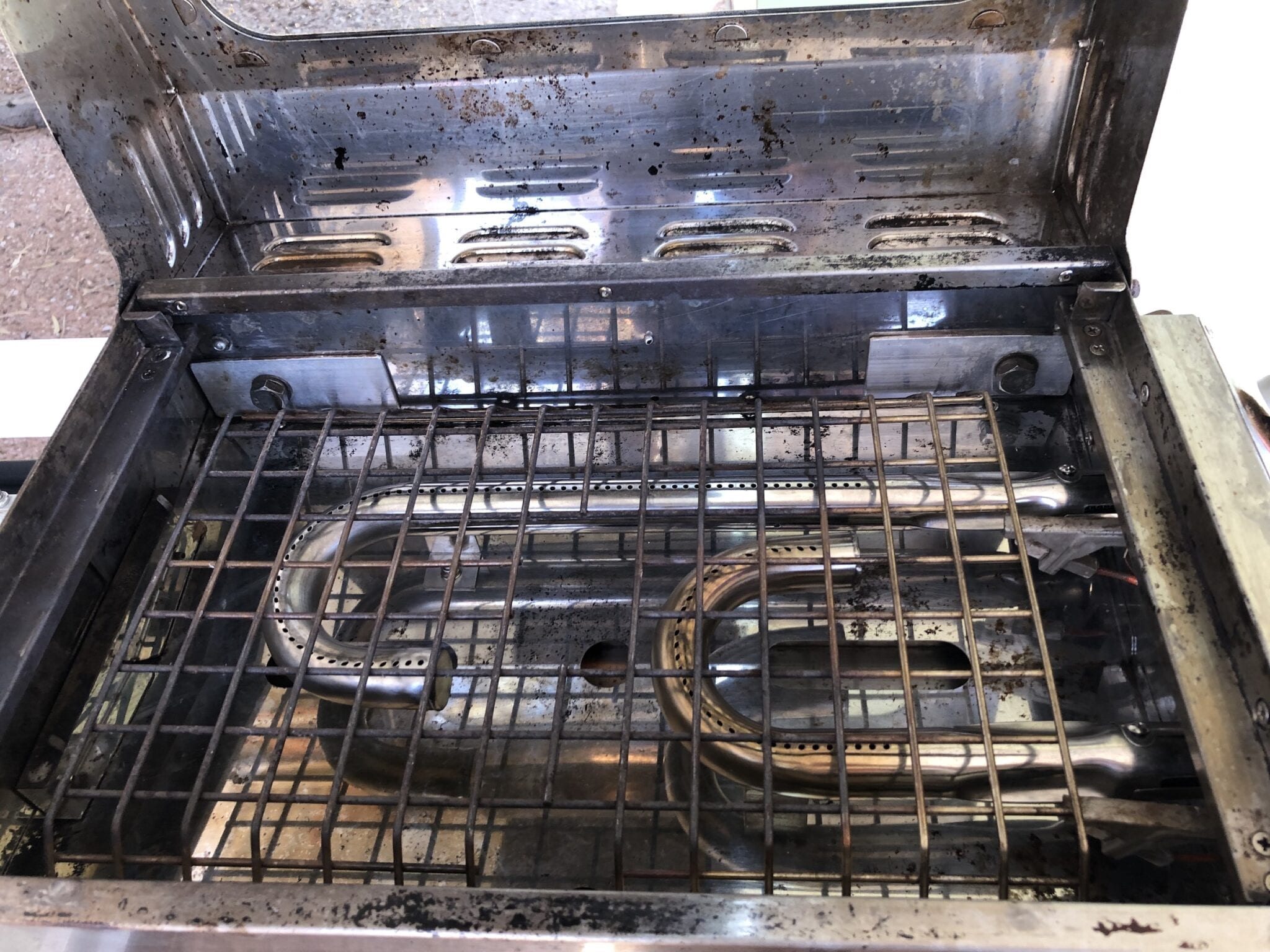 Our Wedgetail Camper has a Sizzler Deluxe 2 burner BBQ. This sturdy unit is a versatile bit of equipment.

It can be used as an oven, BBQ or a conventional 2 burner stove.

The burners are straight tubes, about 350mm long. They’re ideal for heating the hotplate or cooking with long trays, but not so good when boiling the billy or heating a round pot.

Wedgetail Campers and the burner’s supplier have worked together to provide a better solution. They’ve come up with “hockey stick” burners to replace the standard straight ones.

Update: Wedgetail Campers no longer sell these hockey-stick burners, as the supplier no longer makes them. ☹️

Darren from Wedgetail Campers sent us a kit to install and try out.

So what’s the issue with the current burner? Well, it definitely falls into the First World Problem category…

Because the existing burners are straight, boiling a round jug, billy or pot takes much longer than it should. You’re only using a small part of the burner.

This is not a big deal. It does waste gas, but it’s really not the end of the world.

What’s more annoying though is using the 2 burner BBQ in wind. Because much of the lit burner is exposed, it tends to blow out.

Hopefully the new “hockey stick” burners will be more protected underneath the saucepan or jug.

So what’s in the replacement kit?

Wedgetail Campers supply a complete replacement kit for the Sizzler Deluxe 2 burner BBQ. It comes with:

This installation video shows how easy the process is.

The new burners perform much better in windy conditions. It might be due to the gas outlet holes being on top of the new burners, rather than down either side on the old burners.

Whatever the reason, this is a worthwhile modification… a cheap solution to an annoying issue.

It’s easy to do, a half hour job. If you’re not confident in doing this yourself, give Darren a call at Wedgetail Campers on 0458 130 106 and they’ll supply and install the new burners for you.

Note: We have a $500 discount deal with Wedgetail Campers. Having said this, all our articles and reviews are 100% upfront and honest. We tell it how it is.