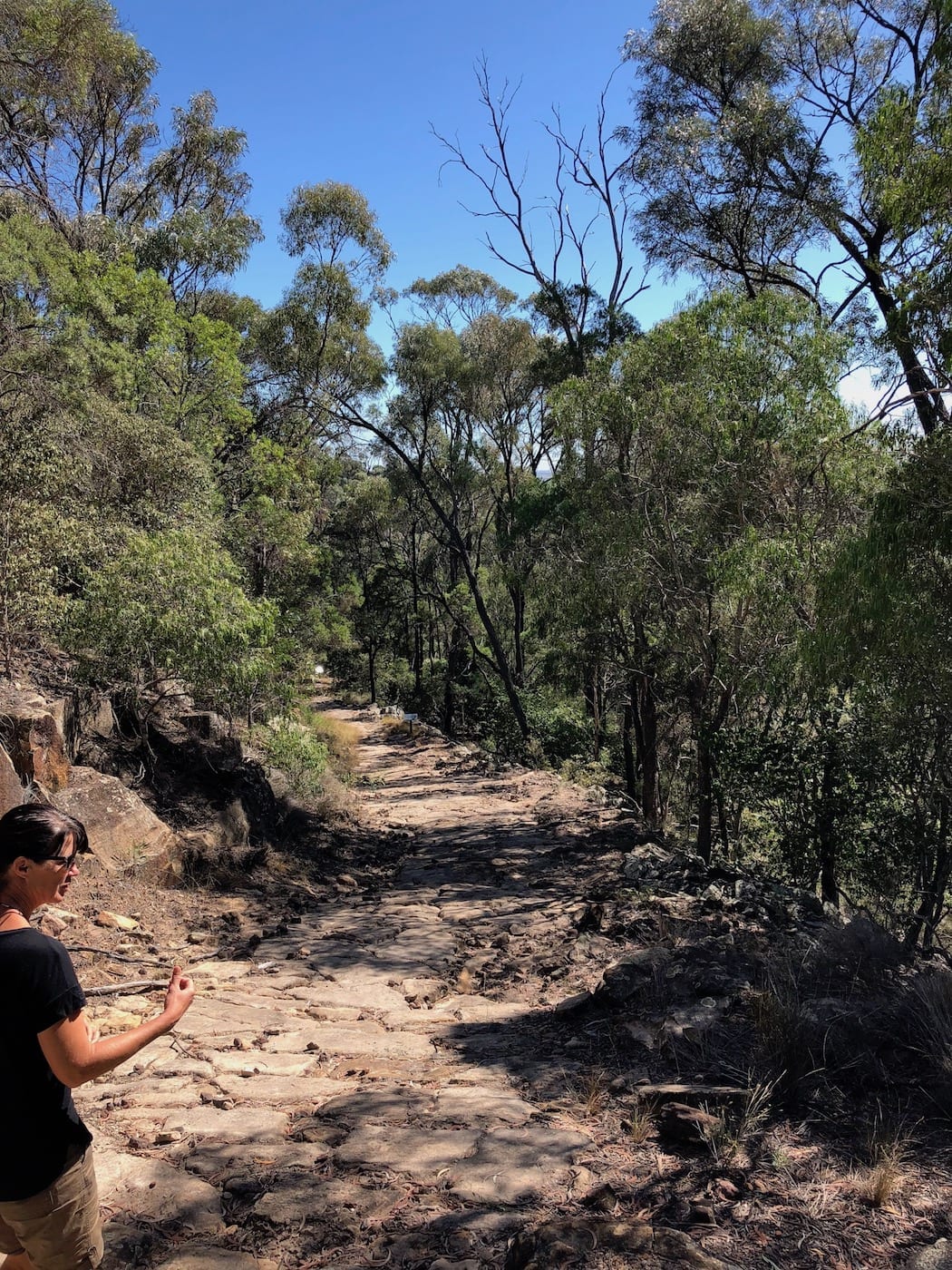 Update 2019: I only recently discovered Isla is pronounced Eye-la. Apologies for the incorrect pronunciation in the video.

We checked out two parts of Isla Gorge National Park.

The first part is easy to get to. Travel 60km North from Taroom on the tarred Leichhardt Highway or 40km South from Theodore and you’re at the campground. This doubles as lookout.

The view is pretty spectacular. Rugged gorges, sheer cliffs and narrow ridgelines with sheer drops both sides, stretch out for miles in all directions.

You can camp here. We were tempted to stay, as the sunsets and sunrises must be truly spectacular. However, we decided to move on. You’ll need to be self-sufficient. There’s drop toilets but no water at all.

We stayed on the Dawson River near Taroom for the night then ventured back up into Isla Gorge National Park.

This time we journeyed to the North-Western edge of the Park. There’s a small finger of National Park that includes a hand-built paved “road”. We turned left onto Fitzroy Developmental Road, then off to the right and followed a series of back roads until we reached Flagstaff Road.

Flagstaff Road twists and winds through grazing country then into a heavily wooded state forest, and ultimately into the North-Western edge of Isla Gorge National Park.

Taking On The Mountain

Mountain pass is probably a better description of the hand-paved road. It was built in the 1860s so bullock wagons could cross the sandstone escarpment. You can walk down the road. This gives you a feel for both the steepness and how skilful the road-builders were.

This road is a masterpiece of construction. Huge sandstone slabs were laboriously trimmed then placed by hand to form a road up the escarpment. A short section of about 500 metres remains, the rest has eroded and broken up.

This road is unbelievably steep. Bullock teams would wait for a second team at the bottom. Then they would hitch both teams together and drag huge loads of wool to the top. Twenty or so bullocks would heave and strain to get the wagon to the top. Then they’d unhitch, walk back to the bottom and drag the second load up.

They were carrying mainly wool from Roma to Rockhampton. No doubt, they also carried loads of supplies back. Dragging these huge loads up such a steep and narrow mountain track would have been a pretty frightening experience.

Isla Gorge National Park is fascinating, such a contrast to the surrounding plains. A combination of spectacular sandstone gorges and an extraordinary hand-paved mountain pass make this a place well worth visiting.