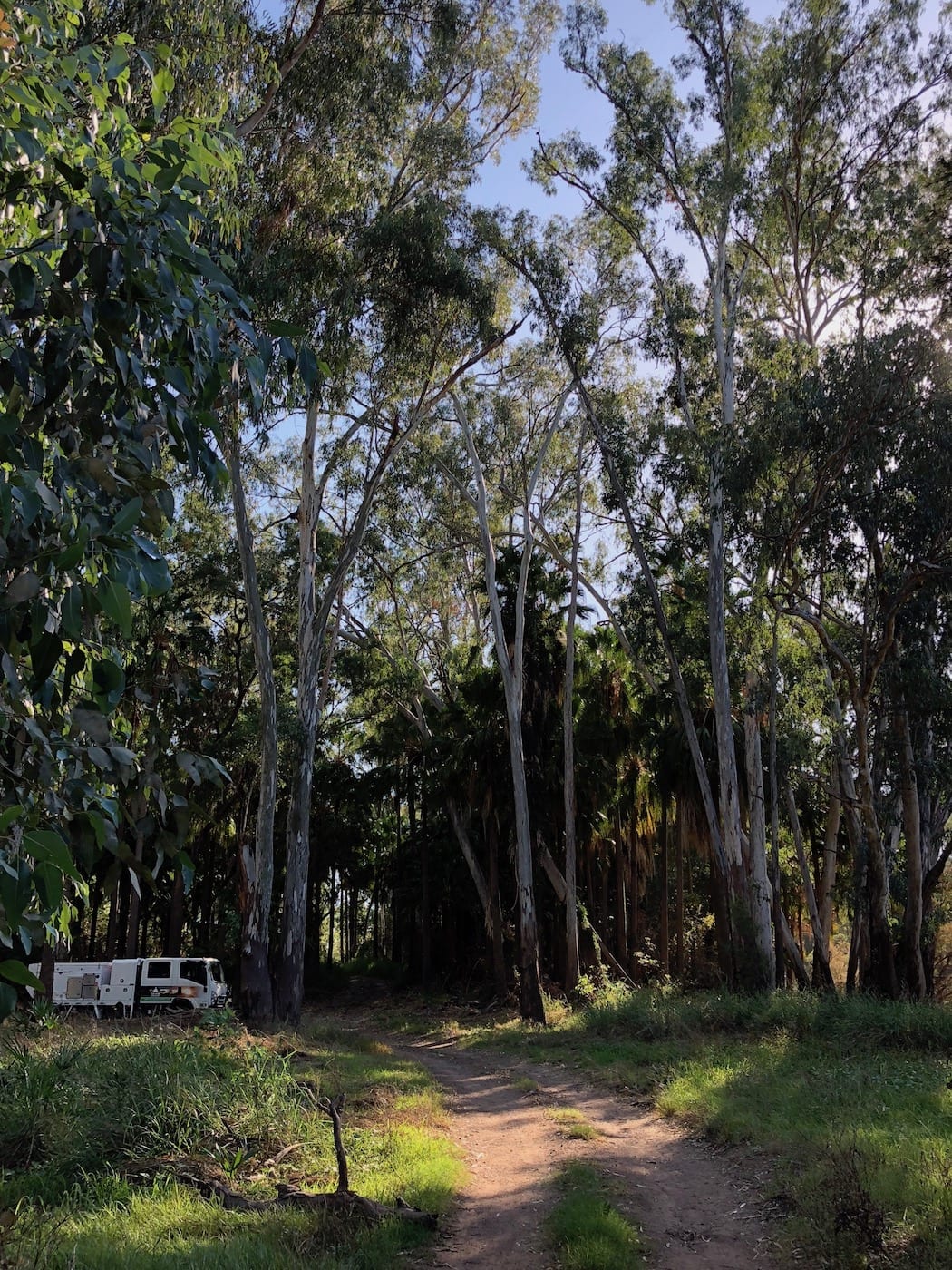 Cracow Beach, An Inland Beach On The River

North of the town of Cracow in Queensland is Cracow Beach. Surrounded by an extraordinary stand of Livistonia palms, this beach sits on the Dawson River.

After an enjoyable stay in Cracow, the locals suggested we drop into Cracow Beach to check it out. We’re glad we did, it’s stunning.

Hanging Out At Cracow Beach

Now you might be thinking, “Hang on. Cracow is 500km North-West of Brisbane. There’s no beach there!”

Well, this depends on your definition of a beach. If a beach is something with sand, water and sensational views, then Cracow Beach fits the bill.

Now we only dropped in, had a look around and left. But you could easily bush camp there for a couple of nights. You can nestle in under the incredibly beautiful Livistonia palms or even camp on the beach if you so choose.

And if you have a kayak, well you could easily spend hours exploring the Dawson River.

The Livistonia palms really are what makes Cracow Beach special. They hug the river like their lives depend on it… which they do. You only have to walk 30 metres away from the river and the palms abruptly end.

The soil, moisture and climate must combine to sustain these beautiful palms in the narrowest of bands along the river’s edge.

And competing with the palms are some enormous old river gums. The thick canopy is a bird-watcher’s delight.

If you’re looking for a secluded piece of paradise, then Cracow Beach is for you. Take time to admire the palms, a remnant from an ancient past.