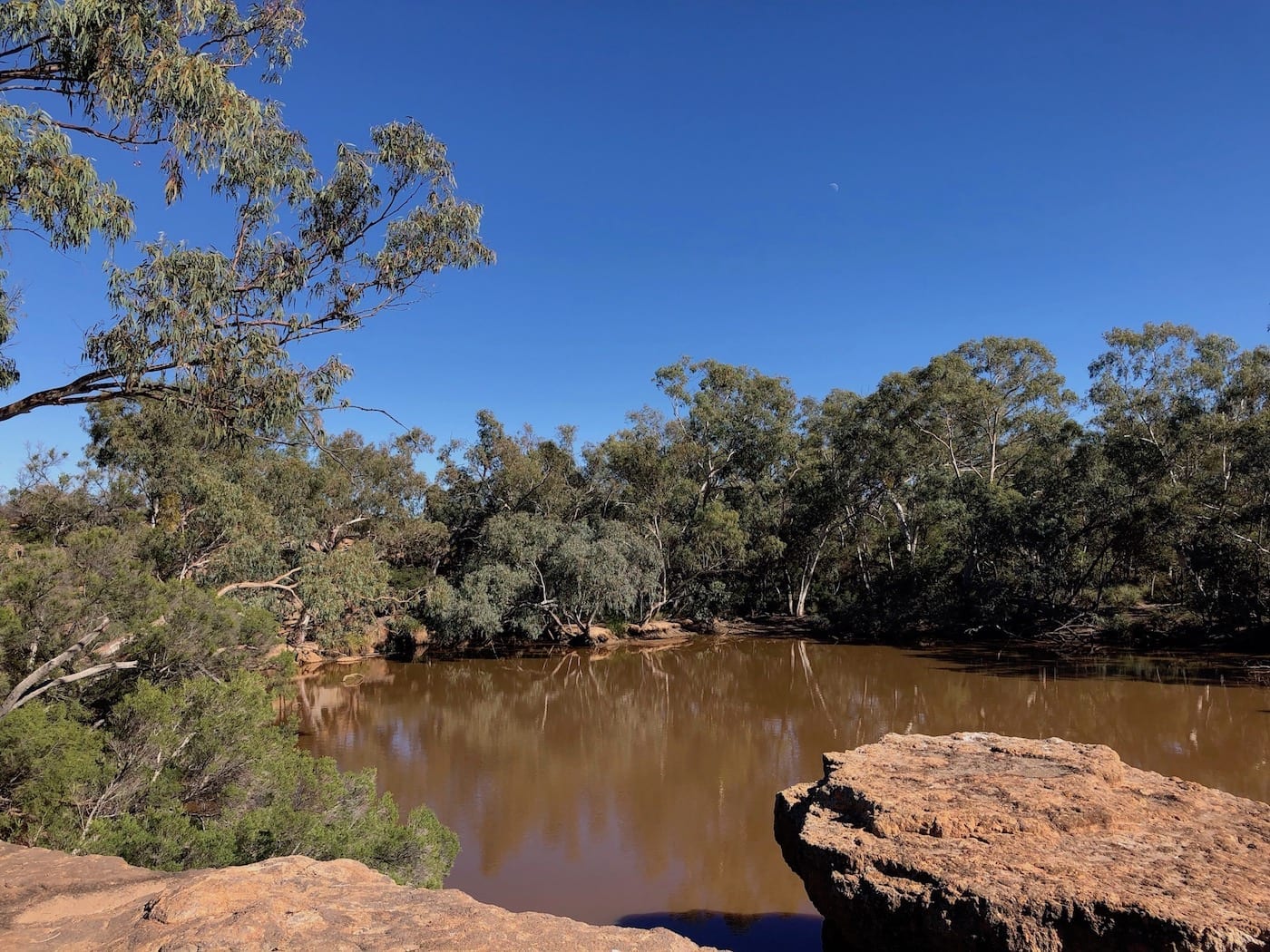 In May 1872, Richard Welford was murdered and thrown into a nearby lagoon. His life was ended by a spear.

Welford had taken up a large squat along the Barcoo River (now Welford National Park) six years earlier, and the original inhabitants didn’t like this one little bit.

Welford was well connected. His father was a judge in England and his two brothers were barristers in Australia. By all accounts, Welford was well liked within the white colonial community and his death reverberated around Western Queensland.

What allegedly followed was yet another dark chapter in Australia’s colonial wars.

In researching this article, I found no information on Hell Hole Gorge other than the standard National Park listing. Where did the name originate? Did something bad happen there? Or was it so-named simply because it would be so hot there in Summer? What is the Aboriginal name for Hell Hole Gorge? Everywhere I looked I drew a blank.

By chance we spoke to a couple of the residents at Adavale, separately not together. When we mentioned we were going out to camp at Hell Hole Gorge, they both said something along the lines of, “You know what happened out at Hell Hole Gorge, don’t you? Aboriginal people were rounded up and shot there. Then their bodies were thrown into the gorge. It was payback for them killing Richard Welford”.

Suddenly Hell Hole Gorge had taken on a different hue. If the stories are true, Hell Hole Gorge is a whole lot more than just another National Park. In the words of one of the locals, “It’s a killing field”.

What puzzles me is why none of the Queensland tourism/national parks information on Hell Hole Gorge contains any reference to it being a massacre site. I’ll keep searching for the facts.

Hell Hole Gorge National Park lies about 70km West of Adavale. In turn Adavale is 120km North of Quilpie and 250km South of Blackall. See the map at the end of this article for more details.

So Hell Hole Gorge is pretty remote. In fact it has only recently been opened to the public. An access road has been pushed through the privately owned Milo Station, allowing the public a route into the Park.

Although the road was in good condition when we visited, a 4WD is recommended. In fact, a 4WD is essential if you want to reach the campground at Hell Hole Gorge. There’s a couple of rock ledges down into Powell Creek then a couple more larger ones up and out the other side.

There’s also a couple of crossings along the way, which would turn nasty with the slightest fall of rain. So a 4WD really is essential. And definitely no caravans. In fact, a large sign just out of Adavale makes this very clear.

Like any remote area, Hell Hole Gorge commands respect. You have to be entirely self-sufficient, there’s no facilities. You’ll be walking around on enormous beds of rock, so daytime temperatures would be ridiculously hot in warmer weather.

I wouldn’t even contemplate visiting in the hotter months. We were there in July and although the temperatures were only in the high 20s, it felt much hotter due to the heat radiating back up off the rocks.

Once into the National Park, a short drive leads to a small rocky ridge. The track threads down a rock slope then into Powell creek bed via a couple of rock ledges. Once in the creek bed, you drive South for about 200 metres, do a U-turn at the top end of the pool then drive North down the other side of the creek.

It’s a strange experience. The entire immediate area is covered in reefs of rock. The creek bed is solid rock as are the banks. A few determined trees have taken root in cracks, struggling to grow in this extreme environment.

Nevertheless, this country has a unique beauty. Pools of water in such baking hot country provide such a contrast.

Once you reach the campground, you find plenty of places to camp. Be aware however, shade is pretty well non-existent. Personally I think this place would be excruciatingly hot in the warmer months.

Hell Hole Gorge lies just a short walk from the campground. The creek drops down off a rock ledge and has formed a large pool surrounded by sheer cliffs on two sides. Follow the cliff edge to the far side of the creek bed, then make your way down a slope to the water’s edge.

Large gums have taken advantage of the precious water and provide lots of shade in the gorge. This large waterhole almost seems out of place in such barren country.

No doubt it would have been an important site for Aboriginal people, supplying fresh water, shelter and food. Unfortunately, this history seems to have been killed off with the original inhabitants.

Given what we were told about the gorge’s recent history, the place has a sinister feel. It would have been so easy to massacre people out here. There would have been no one within hundreds of miles to witness the event or to discover evidence later on.

Leaving Hell Hole Gorge, we headed back the way we came and turned off to Spencers Waterhole.

In some ways, we actually preferred Spencers Waterhole to Hell Hole Gorge. Maybe there’s more to explore or maybe it was the shade…

Spencers Creek has cut deep into the rock bed to form Spencers Waterhole. In some ways it’s more spectacular than Hell Hole Gorge, probably because the cliff faces are taller and the gorge is quite long. A small “upper pool”, a small waterfall and a large billabong upstream add to the beauty of this place. It would be truly spectacular when the creek was flowing.

Again, the surrounding country is an enormous sheet of rock, sometimes covered in the thinnest layer of sand but mostly not.

The cliff face nearest you is stepped. So you can scramble down and walk around a wide ledge. Be really careful here though. The cliffs are undercut in many places and the rock itself is really crumbly.

The cliff faces are full of colours in places… yellow, purple, white, red and so on. There’s one section which looks a little out of place. It almost looks like humans have dug there. It could be an illusion or perhaps it was an ochre pit. Who knows.

If you follow the cliff line downstream, you catch glimpses of the creek bed below. Like Hell Hole Gorge, gums and wattles make the most of the water supply and thrive down there.

Hell Hole Gorge National Park is one of the few places left where you can be on your own. Truly remote places are rare now, and there’s no doubt that this place is remote.

Whatever its recent history, the stark contrast between the harsh rock landscape and the gorges make this a place well worth spending some time at.