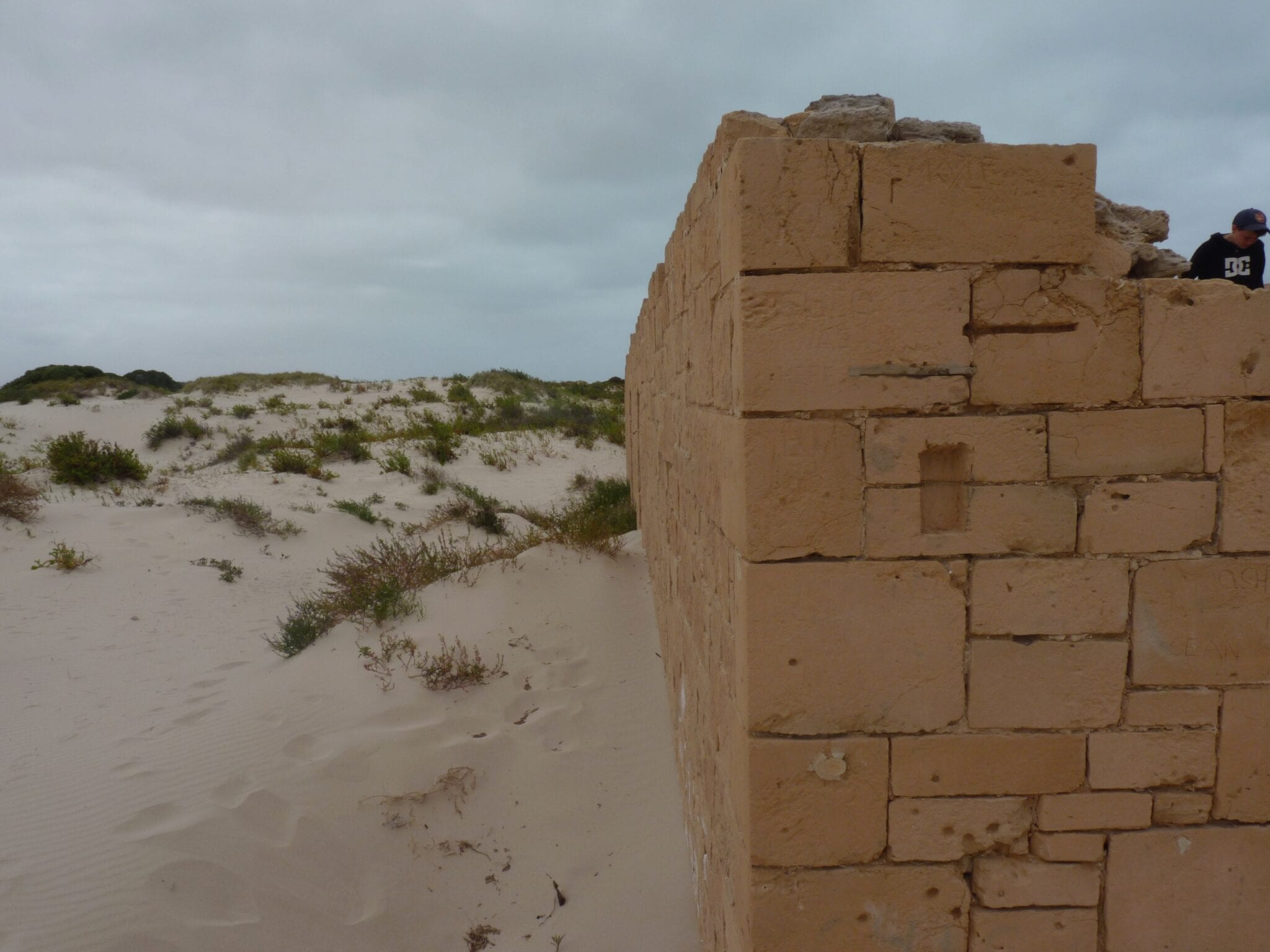 Last time, we experienced a small taste of the Old Eyre Highway.

Eucla. In Western Australia At Last!

Just 12km west of Border Village is the settlement of Eucla. Eucla is the easternmost settlement in Western Australia. WA itself is massive, it covers about one third of Australia’s landmass.

Eucla’s claim to fame is the Old Telegraph Station. Construction of an overland telegraph line from Adelaide to Albany started in the 1870’s. A manual repeater station was built at Eucla. An operator would receive a Morse code signal, then re-transmit it to the next repeater station.

A port was established to supply the township. A jetty and tram line were built from the port to the township.

The existing village of Eucla is on top of an escarpment. This escarpment runs about 300km westwards, forming the Roe Plains down to the ocean. You’ll clearly see the escarpment if you zoom in on the map at the end of this post. The Eyre Highway drops down onto the plain via Eucla Pass – a surprisingly long descent.

Originally the township was on the plain and surrounded the Telegraph Station. However, a rabbit plague in the 1890’s stripped the area of vegetation and de-stabilised the sand dunes.

Once this happened, the dunes began to move and swallow the settlement. Eucla was re-located to its present location. The disused Telegraph Station was left to be buried under the ever-shifting sand dunes.

Remnants of the old jetty remain. It’s possible to walk to the jetty from the Old Telegraph Station and dip your toes in the Southern Ocean.

Caiguna… What Time Is It?

Back onto the highway. We made it to Caiguna Roadhouse. Delicious-looking hamburgers were being served, so we all agreed this was a good place to stay for the night. You might not be very inspired by first impressions, but the place was friendly, the food was great and the amenities were clean. Can’t ask for more than this!

We arrived sometime around 3pm. We were so confused about the hither-to unknown time zone (see here for details), so I asked the young lady behind the counter what time it was. She had no idea either!

It was freezing cold and windy. But we found a protected spot behind the main building, nestled under a small tree. Very cosy. We each had a hamburger in the Roadhouse for dinner and decided life was pretty good!

Next time: Discovering the 90 Mile Straight, Norseman and places in between.