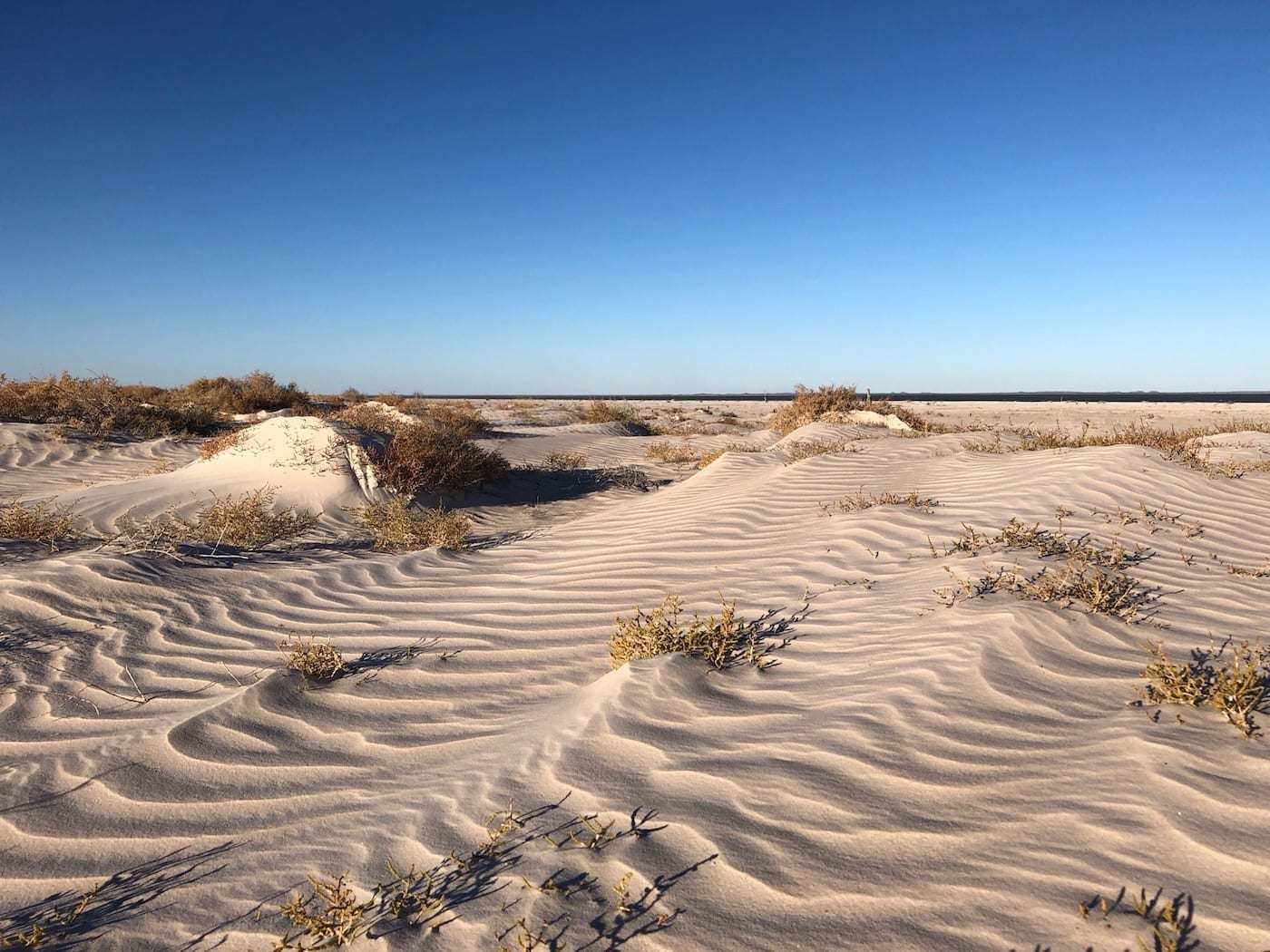 Paruku (Lake Gregory), A Wetland Oasis In An Arid Landscape

Paruku (Lake Gregory) is a massive saltwater lake within a system of lakes. It’s a semi-permanent wetland, and one of the most remote wetlands in the world.

Located in the wedge formed by the intersection of the Canning Stock Route and the Tanami Road in Western Australia, Paruku re-defines “remote”.

Little-known and off the regular tourism haunts, the sheer scale of Paruku is mind-blowing. You drive over 20km across a massive floodplain just to reach the edge of the enormous lake. This gives you a hint of how vast the “hidden” lake system is.

To understand more about who looks after this country, how it’s managed and how to get there, go here.

A Vast System Of Lakes

We came from Alice Springs via the Tanami, so we called into the Mulan IPA office. Unfortunately, the Mulan community were organising a funeral for the following day. So they were of course preoccupied with this.

However, we spoke to a lady called Kim at the IPA office. She had ties to the region. Her father had a pastoral lease along the Tanami Road (Tanami Track back then) when she was growing up. She now lives in the Southern Tablelands of New South Wales and comes back to Mulan every year to lend a helping hand.

We called into the Mulan IPA Office on the way out. Fortunately we met Jamie, a Walmajarri man and the Senior Ranger and Andy, the new IPA co-ordinator who had just arrived at Paruku. With Kim, they were able to answer many questions we had about Paruku… strange birds we’d seen, loads of information on the lake and so on.

Kim gave us an excellent information guide with a map. She showed us how to reach a campsite on the edge of Paruku (Lake Gregory).

Apparently the Paruku system of lakes is a major stopover for migratory birds and supports many and varied bird species. It’s a bird-watcher’s paradise.

Looking at a map, you begin to appreciate the scale of this place. The lake system is fed by Sturt Creek from the North, during the wet season. In ancient times this was a powerful river, flowing out to sea near Broome.

During an ice age, sand dunes formed to the South of the current lake system and blocked the outlet.

Not surprisingly, a vast floodplain surrounds Paruku (Lake Gregory). In a good wet season, the lake swells to many times its current size. Whether the lake is fresh water or saltwater depends on how large the wet season was.

In a good season, the lake’s effectively a freshwater lake. In a poor season, the lake will be brackish or even salty. During the dry season, evaporation gradually empties the lake.

In such a harsh environment, marine creatures have evolved to handle these conditions. In turn, they provide food for the enormous bird population.

Camping Near The Lake

So off we went. Kim had directed us to a site on the edge of Paruku (Lake Gregory). As expected, the track out there was a two wheeled track, corrugated most of the way. It’s about 20km South-West of Mulan and crosses a vast floodplain for probably 18 of the 20km.

Once you get into the middle of this floodplain, pull up and have a look around.

Moving on, we eventually caught a glimpse of the lake in the distance. And what a sight! The lake slowly reveals itself, growing ever larger until you think your eyes are playing tricks on you.

We reached the campsite, just behind a low sand dune that stretches for many kilometres in both directions. The first thing we did was gaze… gaze over the huge expanse of water before us. Having driven across such arid country since leaving Alice Springs, to see a lake in the desert is unbelievable. Such a beautiful place, and so peaceful.

The lake’s edge was about 750 metres away, down a sandy track. Apparently after a good wet season, the lake can be lapping the sand dune on which we were standing.

Remember, the campsite is remote. It has a shelter and a drop toilet. You’ll have to be entirely self-sufficient. And yes, it is quite exposed. Not surprising when you’re camping in the desert.

A Walk To The “Ocean”

Of course, we had to walk to the water’s edge, we simply had to! So off we went down the sandy track. Approaching the water, you get the distinct impression you’re at the beach. The vague salty smell, small waves lapping the shoreline and a vast expanse of water in front of you.

While you can swim in there, we didn’t. A strong wind had pursued us all the way from Alice Springs and the afternoon was quite cool and windy. Being such flat country, you would need to wade in a long way until it was deep enough to swim.

There were a few wheel tracks down at the lake’s edge. Later Andy told us you have to be really careful down there. It’s not unusual for vehicles to slowly sink in the mud while they’re parked.

To top off our experience, Mother Nature decided to turn on a spectacular sunset.

An equally amazing sunrise over the lake greeted us next morning. It’s in the early hours of the morning when you realise just how many birds call Paruku home.

While we’re not mad-keen bird watchers, we do love watching their antics. Pelicans, cranes, kites and everything in between were flying, hovering, splashing in every direction.

Reluctantly, we packed down and made our way back to Mulan. We dropped into the IPA Office and had a yarn to Jamie, Kim and Andy. Such interesting people and so passionate about this beautiful country they call home.

With a few simple directions, we were off to Stretch Lagoon, further North. But that’s a story for another time.

Paruku (Lake Gregory) is a really special place. So remote, relatively unknown, so beautiful, so peaceful… and clearly loved and protected by the Walmajarri people.

If you’re looking for somewhere truly off the beaten track, Paruku IPA is an obvious choice.