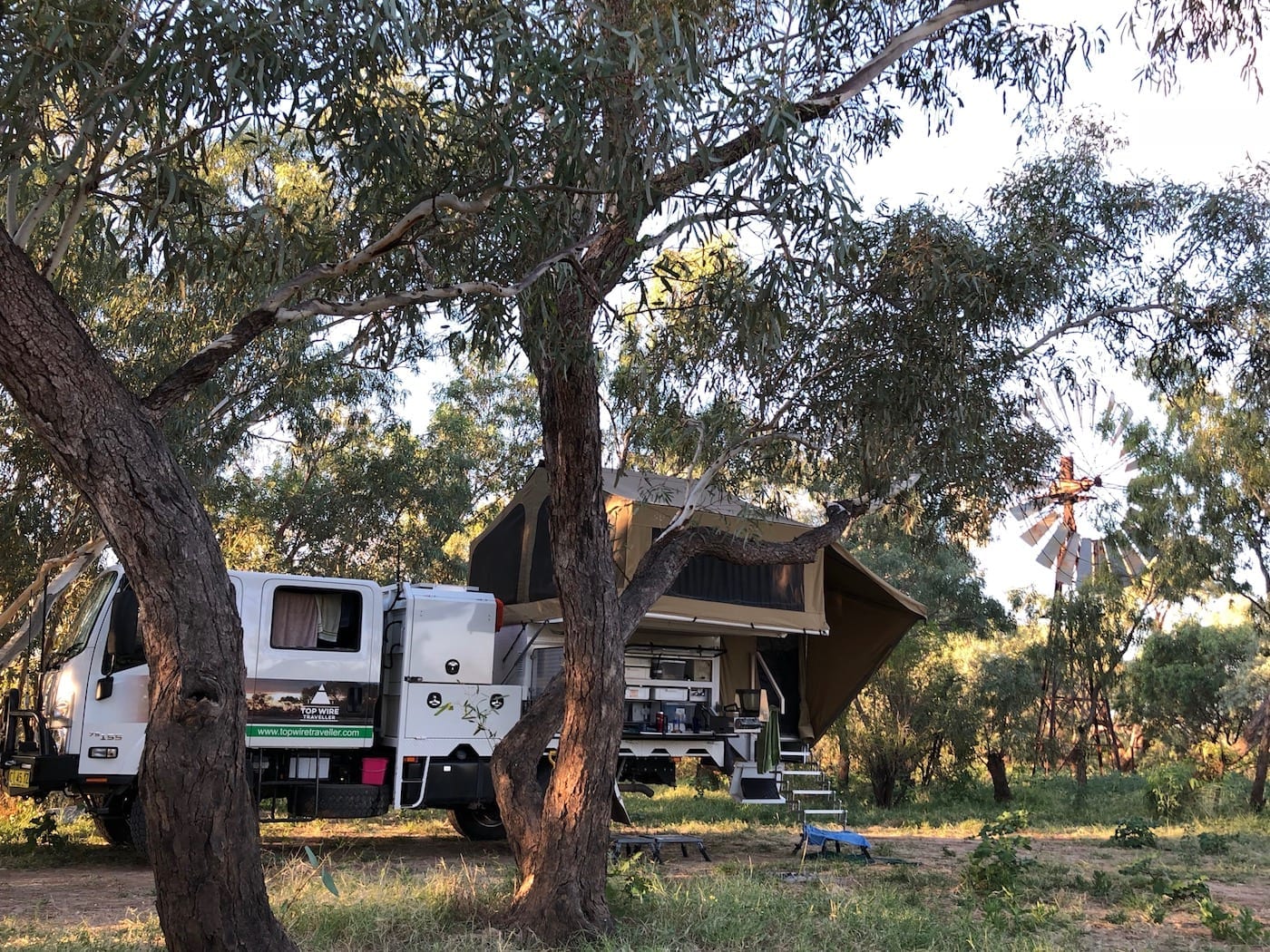 Old Cork Station, Diamantina River QLD – A Ghost From The Past

Old Cork Station sits beside the Diamantina River, 160km South-West of Winton in Queensland. Once an ornate sandstone structure, Old Cork Station has fallen into disrepair.

Ghosts of the past haunt this place, a symbol of prosperity… and perhaps misguided optimism.

Old Cork Station can be accessed from the Kennedy Developmental Road (KDR) between Winton and Boulia. Several roads lead to the station. There are also roads through the Diamantina National Park, further to the South. So Old Cork Station is easily accessible.

Not An Ideal Site For A Town

Just after you turn off the KDR, there was a short-lived settlement called Collingwood. This first appeared in the 1870’s. Twenty years later it was no more.

You see, Collingwood lay near the confluence of the Western and Diamantina Rivers plus a few other major creeks. And there’s a good reason why this country is called Channel Country. During floods, this area is covered with a maze of flooded channels.

So Collingwood was abandoned for the slightly less flood-prone Winton. The only indication that Collingwood existed is a monument erected where the cemetery once was.

The Diamantina River Road is a spectacular drive. We simply weren’t expecting such variety. At first you’ll travel across huge black soil floodplains with not a tree in sight. But then an ancient mountain range appears to your left. Bizarre conical-shaped hills poke out at all angles and you eventually pass right through this range.

Piles of flood rubbish against trees and fences gave a hint as to the volume of water that had recently passed through here. This is the same water we had seen flowing down Cooper Creek at Innamincka.

After a while, you’ll reach Old Cork Station. Hugh McDonald (formerly from the band Redgum) made this place famous when he wrote a song about running from your troubles, called the Diamantina Drover.

The house was built in the 1880s by a politician and entrepreneur, Thomas McIlwraith. This land had recently been opened up for pastoral leases and McIlwraith wanted to make a statement to investors about the prosperity of this region.

What better way than with a sandstone house?

The sandstone blocks were created from local sandstone, while all the timber was transported all the way from South-East Queensland! A tiny house by today’s standards, in its day this would have been an impressive structure.

You can’t help but admire the skills of the stonemasons. Their workmanship’s first class in such a difficult environment.

Surprisingly, some of the timber roof frame and flooring remains. Whether this is the original timber isn’t clear. Regardless, we were surprised the termites hadn’t devoured it long ago.

Old Cork Station is a ruin now. However, it’s not hard to imagine the place in its prime.

Just a word of caution. Don’t drive too close to the old homestead. There’s plenty of old rusty wire waiting to hitch a ride in your tyres.

The homestead sits on a small hill, just up from the banks of Cork Waterhole (part of the Diamantina River). This is a permanent waterhole and quite full when we were there. We even had a swim!

You can bush camp along the banks of Cork Waterhole. Of course, there are no facilities… and millions of flies. Despite the flies, this is a special place.

An old windwill creaks and groans in the breeze, still turning despite its age.

And behind you, Old Cork Station sits on the hill keeping an eye on you. You can almost feel the ghosts gazing out the window.

Old Cork Station is a remnant of the great Australian land grab of the 19th century.

It represents the emergence of huge pastoral leases… and a symbol of the end of a way of life for those who had called the Channel Country home for tens of thousands of years.