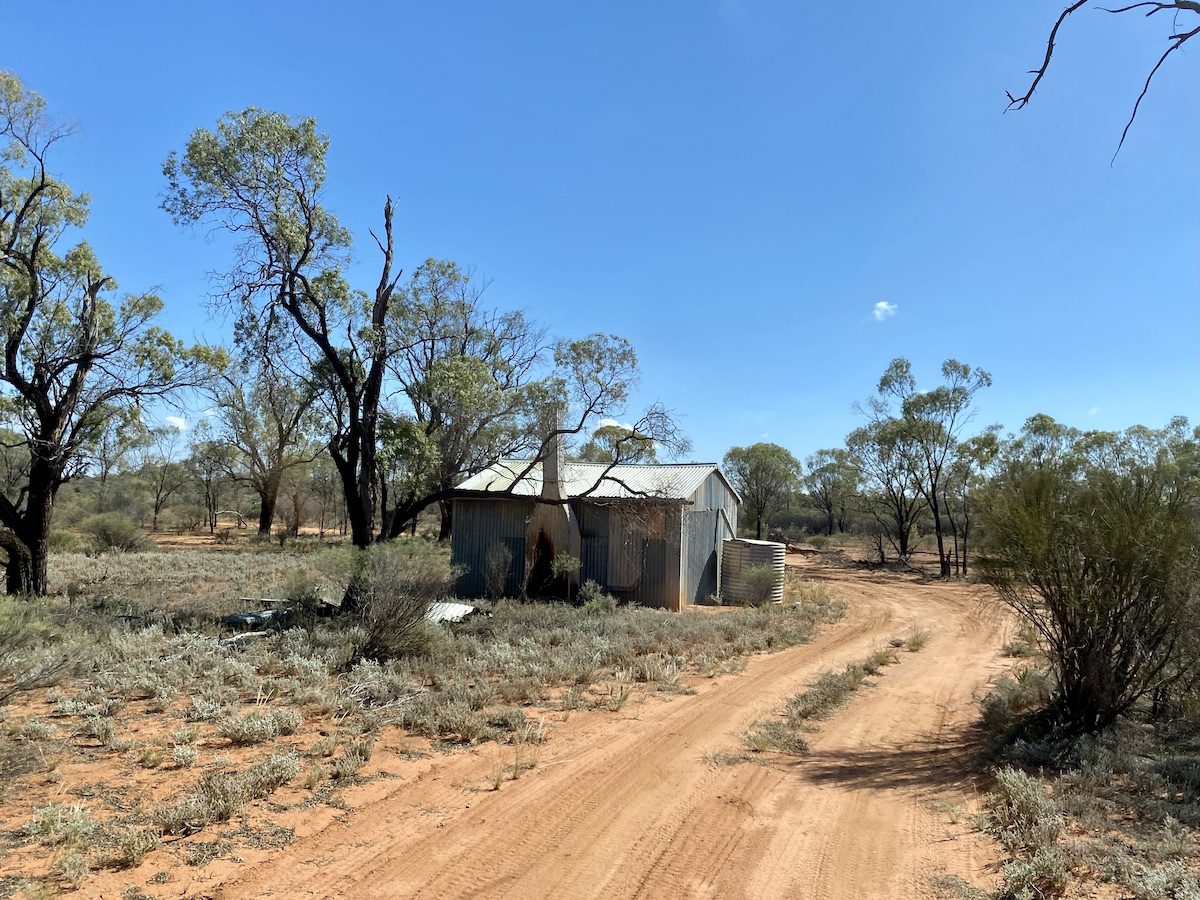 Note: This article contains an affiliate link to Hema Maps. If you click through and make a purchase, we earn a small commission at no extra cost to you.

This vast wilderness is one of just a handful of places throughout the world which is still virtually untouched.

Danggali is a living example of a mallee scrubland ecosystem. As such, in 1977 it was declared a Biosphere Reserve… the first in Australia.

It falls under UNESCO’s “Man and Biosphere Program”, an effort to protect representative ecosystems around the world. And what exactly is this unique ecosystem? It’s an overlap (or ecotone) between mallee scrublands and arid-zone country.

And the best way to see this overlap for yourself is to come into Danggali Conservation Park from the north.

Before we go on, let’s clear up something… what’s the difference between Danggali Conservation Park and Danggali Wilderness Area?

In South Australia, a Wilderness Area is considered to be land which has retained its natural character. In other words, it’s pretty much unaffected by agriculture, mining, development and so on.

A Wilderness Area is subject to many restrictions on what can and can’t be done within the Area. The aim is to keep it in its natural state.

Danggali Wilderness Area encompasses a large portion of land which was pretty much unsuitable for grazing. So it has been effectively unchanged since before colonisation, apart from a few dams and the odd hut.

A Conservation Park is designed to protect the ecosystem in the given region. It could have been farmed or grazed in the past. So it could have changed significantly… dams, buildings, land clearing and so on. The aim here is to allow the land to regenerate and return more to its natural state.

Danggali Conservation Park broadly covers land which was developed and modified… homesteads, yards and other infrastructure.

Getting To Danggali Conservation Park

Danggali Conservation Park is in South Australia. It hugs the SA/NSW border, sitting between the Riverland country along the Murray River and the arid zone country of the Yunta – Broken Hill region.

The Danggali Ranger Station is 195km south-east of Yunta. The road is dirt all the way, varying from arid ridge-land country in the north to sandy mallee country in the south.

But little by little, the country changes. Sandy stretches, stands of gum trees, speargrass and less saltbush are all pointers of a transition. The arid zone country gradually gives way to mallee scrubland.

By the time you reach the northern boundary, you’re well into the mallee. From here on, all the tracks are sand… some better than others.

You’d be well advised to travel in a 4WD, although it’s not essential.

The other way to get to Danggali is from Renmark in the south. It’s about 90km, but is a slow drive.

Take the Old Wentworth Road for 50km until you see a turnoff to the left, immediately after a grid. This is Chowilla Track.

From here, you’ll be on dirt or more accurately, sand. Follow the signs to Danggali. This track has many patches of soft sand, but it’s nothing a standard 4WD vehicle can’t handle.

Be aware – Google Maps will try to take you on a circuitous route along the SA/NSW border, on some roads which are closed to the public.

So don’t rely on Google Maps.

Instead, use a quality mapping app like Hema 4WD Maps or the maps on the Hema HX2 GPS. They are far more reliable and will get you to your destination.

Danggali’s camping is an unusual layout. There are five campgrounds, spaced at least a couple of kilometres apart. However, you book the entire campground rather than an individual campsite.

So whether you’re alone or with a large group, you’re guaranteed privacy.

There are no facilities at any of the campgrounds. You’ll need to be entirely self-sufficient, including toilet and firewood. There’s no rubbish collection, so take all your rubbish out with you.

And there’s no water available. So make sure you have sufficient food and water. Go here for a detailed guide on what “sufficent” food and water means.

And you can have a fire, depending on what time of year you visit. Just make sure you bring firewood, as you’re not allowed to collect it from within the Park.

What can you see at Danggali? Lots… you just have to take the time to observe and watch the landscape.

We’ll start with the loop drives.

There are two loop drives within Danggali Conservation Park and Wilderness Area.

The maps provided by South Australian National Parks And Wildlife Service (NPWS) show both loop roads as being one-way circuits. This is no longer correct. They’re both two-way tracks.

You can access all campgrounds in a 2WD vehicle. However, both loop drives are suitable for 4WDs only. You’ll be driving through soft sand in places and over low sand dunes.

Deflate your tyres, take it easy and you’ll be fine.

Cattle yards, sheep yards and dams… lots of dams. These are dotted along the drives, giving a glimpse of life here when this country was colonised. SA NPWS have filled in most of the dams, as they attract feral animals and encourage kangaroo numbers to grow well past what the country can sustain.

While the drives don’t have a wow factor as such, they’re an ideal way to get to know mallee country up close.

If you’re keen, get out of your vehicle and look for mallee fowl mounds. Mallee fowl build large nests in the ground and spend up to six months tending their eggs, adding or removing compost to regulate the temperature.

Mallee fowl don’t have this place to themselves – far from it. Keep an eye out for mallee ringnecks, mulga parrots, pink cockatoos and honeyeaters, to name a few. It’s surprising how many birds live in mallee scrubland.

Danggali is also home to kangaroos and emus, depending on availability of water.

But it’s the small creatures which are the most common.

By sheer chance, we encountered a volunteer group who were doing an ecological survey. So we tagged along and helped them out for a day (we’ve had experience doing ecological surveys at Wild Deserts, in NSW Corner Country).

They had found bolams mice (native mice), fat-tailed dunnarts and a wide variety of reptiles. And just like at Wild Deserts, in wet seasons frogs dig themselves out of hibernation in the sand dunes to reproduce while they have the chance.

We saw several dragons, skinks and a beautifully-patterned coral snake.

A big thanks to Chris, Matt, Rebecca, Charles, Theresa and Michael for making us feel so welcome, and giving us a rare glimpse of some elusive mallee wildlife.

Danggali Conservation Park and Wilderness Area is a worthwhile diversion if you’re in South Australian Riverland country… or simply after something different.

If you love isolation and serenity, then you’ll love camping here.

Take the time to do the two loop drives, and to observe each subtle change in the landscape.

Danggali is a reminder of how mallee scrublands look in their natural state… and of how much we’ve lost since white man “tamed” the land.

Danggali Conversation Park and Wilderness Area are on Danggali Country.