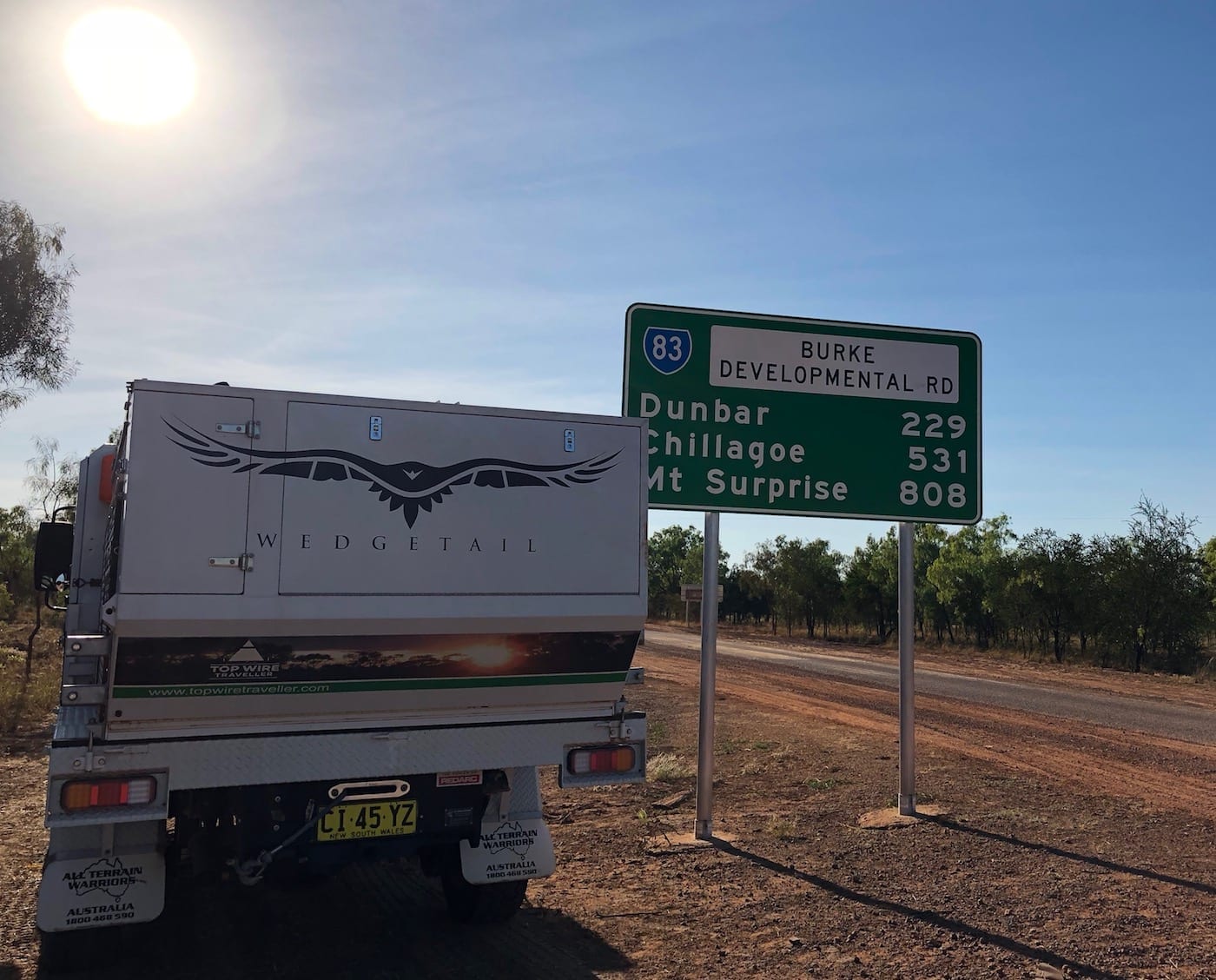 It’s time to update our information on Burke Developmental Road conditions. So what’s changed? The biggest one is the lack of places to camp.

Where Have All The Camping Spots Gone?

The Burke Developmental Road (BDR) is a long drive, from Normanton to Chillagoe. With over 560km of dirt road, you could do it in a day… if you’re in a hurry. However, the best way is to stop somewhere along the way and bush camp.

Last time we did the BDR, there were several bush camping spots. However, this time was different.

You see, Dunbar and Wrotham Park Stations cover a large portion of the BDR. And both of them have large, “No Camping, No Hunting” signs at the start of the respective stations.

Now Dunbar Station starts at the Gilbert River, about 100km east of Normanton. And Wrotham Park Station ends about 80km west of Chillagoe. Dunbar ends and Wrotham starts… they’re adjoining. So for the 390km in between, there’s no camping.

This is a problem, especially when the road is in bad condition.

We had no idea we weren’t allowed to camp along the road any more. So we were caught out. There was no way we were going to make Chillagoe in a day, given the road was in poor shape.

We decided to stop for the night on the Walsh River. Really, we had no choice. By that stage I was pretty tired, having expected to stop much earlier. It was getting late and to push on would have been dangerous.

Apart from the fact we had no idea about the camping ban, we also didn’t have a clue whether we were still on Wrotham Park Station or not. Wrotham Park and Dunbar Stations are so huge that you start to think, “Surely we’re on another station by now”.

We really don’t like camping on private property without permission, it’s just not the right thing to do. However this time we didn’t have any other choice.

So why have Dunbar and Wrotham Park Stations banned camping along the road? We found out later they’re sick of people camping wherever they like, disturbing stock going to water, leaving rubbish and toilet paper behind and making tracks all over the place.

Fair enough. With the massive increase in travellers over the past several years, too many people have no respect for private property. They think they can camp wherever they like and use the place as a rubbish dump.

As usual, the few morons ruin it for the rest of us.

Last time we travelled the BDR, the road was in excellent condition. This time was very different.

Being a dirt road, the road conditions will change from week to week. So we weren’t surprised. The road had been graded at some stage, however it had deteriorated badly in places. It looked to us like they had repaired the worst of the damage from the Wet season and hadn’t yet been able to grade the whole road.

Beware of bulldust holes and some pretty bad corrugations. The worst however are the ruts and washouts. These are numerous and hard to see.

About 75km West of Chillagoe, the road changes to a wide flat “highway”. This might just have something to do with the mine haul trucks running along here. Regardless, this surface was most welcome!

And for those people we saw dragging a caravan across the BDR? You’ve got to be kidding…

Like any dirt road, conditions are continually changing. If you’re lucky enough to go through just after the grader, it will be like a highway. On the other hand, the road could be in really poor shape.

If the road’s in bad condition, have a close look at where you can camp. Given most of the BDR is now closed to bush camping, you might decide to give it a miss. It’s a long way between camping spots in these circumstances.