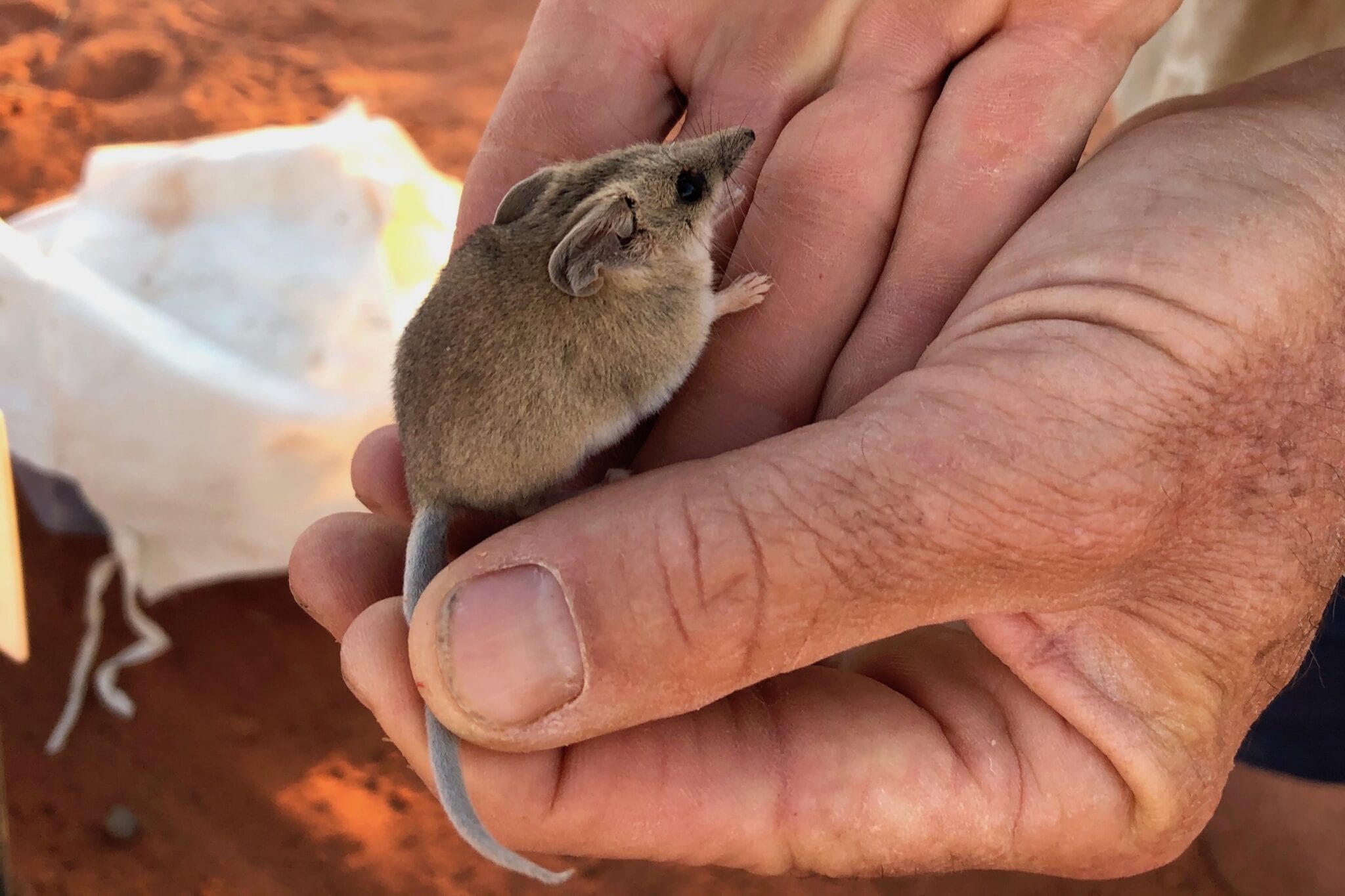 Note: Wild Deserts is a restricted area, not open to the public. We were invited to Wild Deserts as volunteers.

We’ve collectively taken this fragile landscape and plundered it for 230 years.

Instead of trying to understand and work with it, our Western cultural mindset has tried to bend and mould the country to our will. The result? Mass destruction of habitats.

Our tenacious mammals evolved to thrive in these habitats over many thousands of years. But they simply cannot adapt quickly enough to survive the massive changes in their environment.

You might think these environments are harsh and unforgiving. And I guess they are to a point. But despite their harshness, these places are extremely fragile. They support an incredibly diverse range of reptiles and mammals, all of which have evolved to live in such extreme places.

And this is where Wild Deserts come into the picture.

Wild Deserts is a complicated beast. It’s a collaboration between several groups, all with an interest in restoring the natural environment.

Funding comes from the New South Wales Office Of Environmental Heritage (OEH), via the “Saving Our Species” Program. Australia has the world’s worst record of native species extinction. So quite rightly, OEH wanted to do something about this atrocious record.

Given the scale and complexity of each project, the decision was made to contract this work out. By taking this approach, OEH could ensure the contractors were re-introduction specialists and could focus 100% on this vital program. Current funding runs for ten years, from 2016 to 2026.

So the University Of New South Wales (UNSW) and a company called Ecological Horizons formed a partnership and successfully tendered for one of the three programs. This partnership is called Wild Deserts and is within the Sturt National Park in the North-West corner of NSW.

Another critically important group is the traditional owners, who support the work Wild Deserts are doing. In fact they’re really happy to see someone finally trying to reverse the native mammal extinction rate and bring back at least some of the creatures which were so important to their ancestors for both survival and as cultural links to their country.

Making It All Work

Wild Deserts run a lean team of arid zone ecology experts and others with a broader ecological knowledge. Reece Pedler and Rebecca West are the Project Coordinator and Ecologist respectively.

We’ll meet them soon, but suffice to say they are the two people on the ground at Wild Deserts… the ones who make it all happen.

This group collectively has the knowledge and experience needed to turn the Wild Deserts vision into reality.

Where Is Wild Deserts?

Wild Deserts is within Sturt National Park in New South Wales, in the NSW Corner Country.

It is pushed right into the corner of the state, forming a rough triangle of sorts. The left side is the SA/NSW border while the top is the Queensland/NSW border.

This is no coincidence. They chose this site carefully (see map above for details):

What’s Inside The Wild Deserts Zone?

There are two exclosures, meaning fenced areas to keep out predators. Their purpose is to allow safe areas free of predators, rabbits and kangaroos in which native creatures can be reintroduced and can breed safely without being eaten by cats and foxes.

Now these fences are complex. They are about two metres tall with a floppy top to prevent feral cats from climbing over. Small netting with 30mm diameter holes is used, as small rabbits can get through the cheaper 40mm diameter netting.

The netting also forms a skirt on either side of the fence. This prevents predators from digging into the exclosures and prevents creatures like burrowing bettongs from digging holes from the inside outwards, thus allowing cats and rabbits to get in.

Even the gates are complex, with a steel frame on all four sides ensuring nothing can squeeze through the gates.

Each exclosure is about 4km x 5km, roughly diamond-shaped.

Most importantly, the exclosures can also be cleared of kangaroos and rabbits. Why kangaroos?

Well normally they wouldn’t normally be in this region unless the area had unusually high rainfall. You see, there’s no permanent water sources. Now kangaroos might not be the smartest creatures, but they are smart enough not to try to survive in areas without permanent water.

So Wild Deserts are simply trying to restore the country back to how it was for tens of thousands of years before the country was colonised by Europeans.

Earlier I mentioned the “Wild Training Zone”. This area forms a rough triangle with the dog fence (see map above). Again, this will be cleared of rabbits, kangaroos, feral cats and foxes. Then as native mammals are bred in the exclosures, they will be released into the Wild Training Zone with a small number of feral predators.

Why? So they learn to avoid their predators. You see, with no predators inside the exclosures the native mammals don’t learn survival skills.

They don’t learn that some things want to eat them.

So by releasing them into the Wild Training Zone, the native creatures will learn survival skills. In turn they can then be progressively released into areas which have uncontrolled numbers of feral predators and have a better chance of surviving.

Now this sounds good in theory, but it’s the people on the ground who make or break projects such as these. And Wild Deserts have an impressive record after just over two years in operation. It seems the decision-makers have an ideal mix of skills.

Rebecca (Bec) West and Reece Pedler are the two who live on site and turn dreams into reality. With their gorgeous 5-month-old baby Isla and faithful rabbit-hunting border collie Peggy, Bec and Reece have dedicated the last 2 years of their lives to Wild Deserts.

Both are focussed, enthusiastic and most importantly, practical and pragmatic. Not only do they deal with the day-to-day management of the Wild Deserts program, they also have to deal with living in a remote location… with a five month old baby.

The nearest town is Tibooburra, about 100 km to the east on a rough dirt road. However, the nearest town with services is Broken Hill, about five hours drive from here.

Of course, they call on help from time to time. And this is how Peta and I came to volunteer for the annual Wild Deserts Ecological Survey.

Next time we’ll let you know about our fantastic adventure at Wild Deserts.