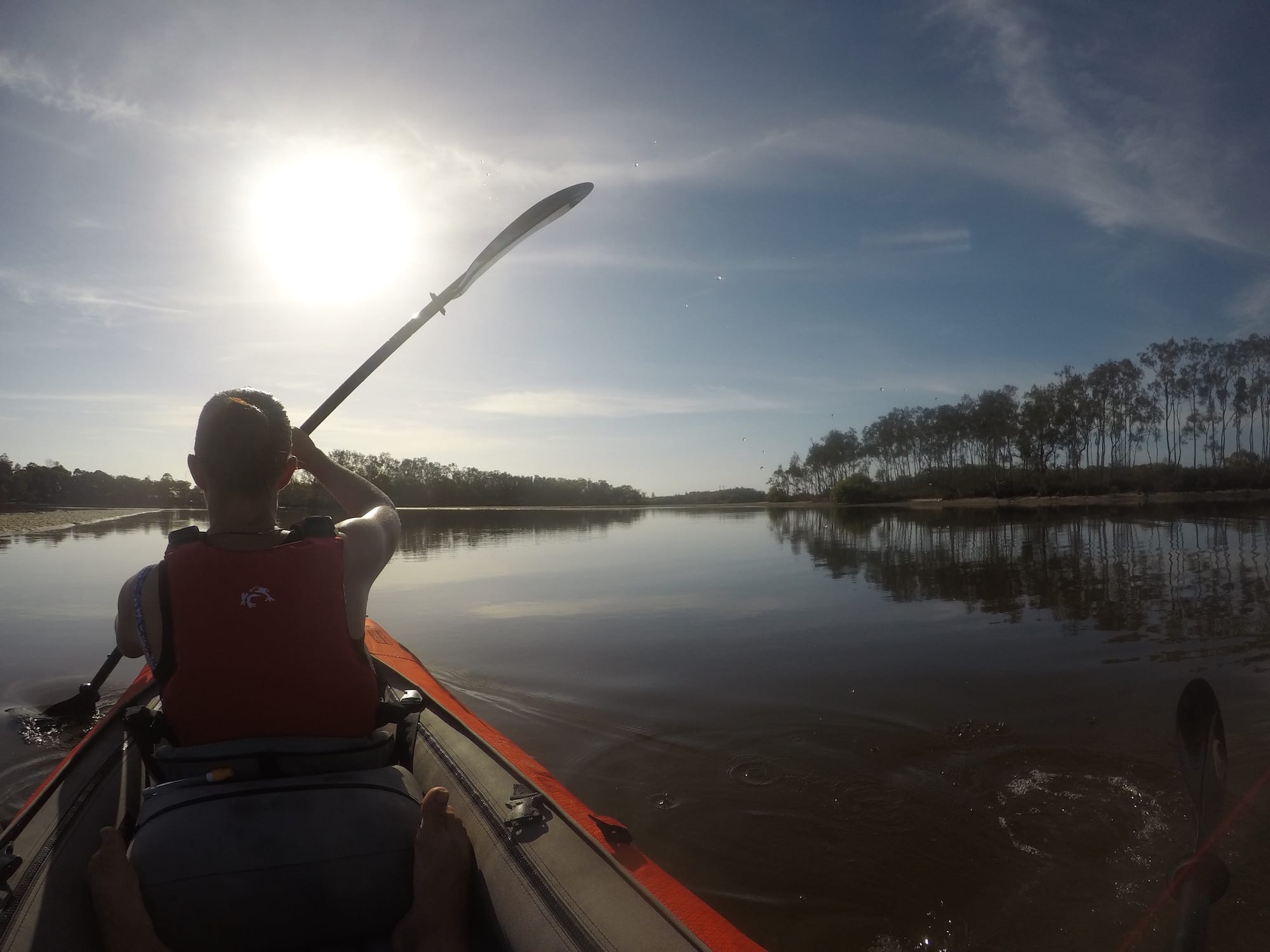 Before we start, I need to clear up (or add to) some confusion. We’ve heard Wooli Wooli River referred to as Wooli Creek/River, but not the double-barrelled term.

It’s most likely just Aussies being too lazy to say the same word twice. Like Wagga Wagga. Does anyone ever call it that?

All the maps and National Parks use Wooli Wooli River. So we’ll assume it’s correct. Wooli Wooli means “two water” in the Aboriginal language of this region. Okay, moving on…

Going With The Flow

So the best way to see the river is from the water! Pretty well as soon as you head upstream, you’re straight into the National Park.

We launched our kayak a couple of times, paddling both up-river and down-river depending on the tide. Be aware, the tide runs strongly at times so you don’t want to be caught out. The best time to go is in the morning. Our first venture was mid-afternoon, but by then the nor-easter had come in from the ocean. The next morning, we paddled out and the water was like glass. Such a beautiful morning.

Wooli Wooli River is silted up in many places, so at low tide many large sandbars are either fully exposed or just under the surface. We had to jump out and push our inflatable kayak for several hundred metres at one point.

Like many coastal rivers, the banks are lined with mangroves and lots of waterbirds. The surrounding country is flat and quite featureless. Nevertheless, just getting on the river and enjoying the serenity is a perfect way to spend a couple of hours.

And if you paddle against the tide one the way out, you can catch the tidal current on the way back. A great reward for all your hard work!

We’re big fans of inland freshwater rivers. There’s something special about each one. But Wooli River was fun too… just different to what we’re used to.

It’s easy paddling (if you get the tides right!) and a relaxing way to experience Yuraygir National Park.

NOTE: We purchased the Cruising In Comfort package at retail price. Our reviews are always honest and authentic – we tell it how it is.